Pockets of lethal levels of radiation have been detected at Japan's crippled Fukushima Daiichi nuclear plant. 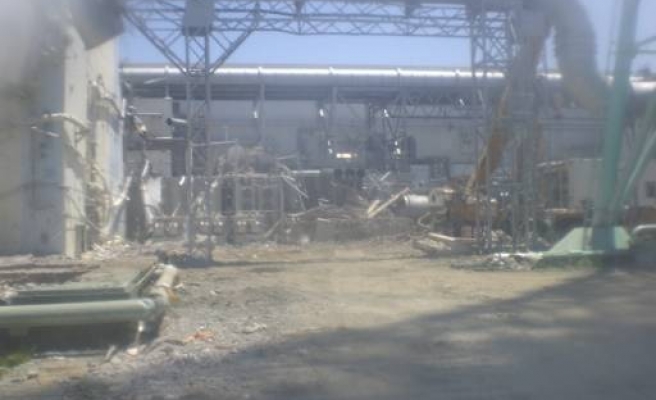 Pockets of lethal levels of radiation have been detected at Japan's crippled Fukushima Daiichi nuclear plant in a fresh reminder of the risks faced by workers battling to contain the worst nuclear accident since Chernobyl.

Plant operator Tokyo Electric Power (Tepco) reported on Monday that radiation exceeding 10 sieverts (10,000 millisieverts) per hour was found at the bottom of a ventilation stack standing between two reactors.

On Tuesday Tepco said it found another spot on the ventilation stack itself where radiation exceeded 10 sieverts per hour, a level that could lead to incapacitation or death after just several seconds of exposure.

The company used equipment to measure radiation from a distance and was unable to ascertain the exact level because the device's maximum reading is 10 sieverts.

While Tepco said the readings would not hinder its goal of stabilising the Fukushima reactors by January, experts warned that worker safety could be at risk if the operator prioritised hitting the deadline over radiation risks.

"Radiation leakage at the plant may have been contained or slowed but it has not been sealed off completely. The utility is likely to continue finding these spots of high radiation," said Kenji Sumita, a professor at Osaka University who specialises in nuclear engineering.

"Considering this, recovery work at the plant should not be rushed to meet schedules and goals as that could put workers in harm's way. We are past the immediate crisis phase and some delays should be permissible."

Workers at Daiichi are only allowed to be exposed to 250 millisieverts of radiation per year.

Tepco, which provides power to Tokyo and neighbouring areas, said it had not detected a sharp rise in overall radiation levels at the compound.

"The high dose was discovered in an area that doesn't hamper recovery efforts at the plant," Tepco spokesman Junichi Matsumoto told reporters on Tuesday.

Although it is still investigating the matter, Tepco said the spots of high radiation could stem from debris left behind by emergency venting conducted days after the March 11 earthquake and tsunami that crippled the plant.