The second attack in the region, with unknown attackers shot and wounded two people in a Red Cross convoy of eight vehicles last Tuesday. 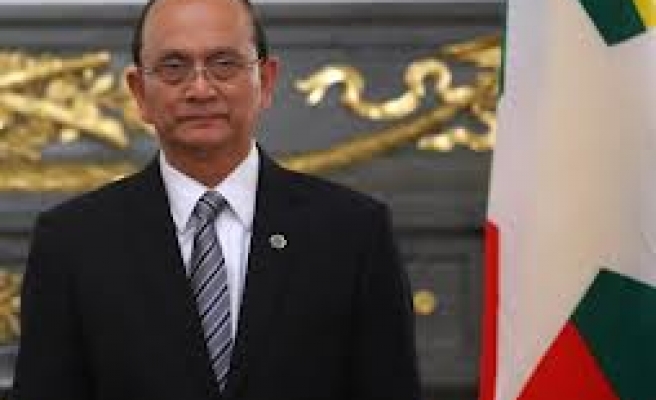 Five people, including a Red Cross volunteer, were wounded in an attack on a car near the Chinese border where battles have raged between government soldiers and ethnic insurgents, the second such attack within a week, the Red Cross said on Sunday.

Myanmar President Thein Sein declared a state of emergency and imposed martial law this month in the region after more than 70 people were killed in fighting between the army and the Myanmar National Democratic Alliance Army (MNDAA), from the Chinese-speaking Kokang region.

The Myanmar Red Cross Society (MRCS) said the Red Cross-flagged car was attacked by the MNDAA on its way from the border town of Laukkai to Kunlong on Saturday.

"After the incident, it was also reported that an army contingent, responding to the attack, came under fire at approximately the same site and a soldier was seriously wounded," MRCS said in a statement on Sunday.

"I was extremely shocked with this second attack and it is unacceptable," MRCS president Tha Hla Shwe said in the statement.

Last Tuesday, unknown attackers shot and wounded two people in a Red Cross convoy of eight vehicles which was attempting to transport civilians displaced by the fighting in Laukkai.

The government blamed the MNDAA which denied involvement.

Fighting broke out on Feb. 9 between the army and the MNDAA and thousands of civilians have fled the area, either to other areas in Myanmar or into China.

The clashes have alarmed China, which fears an influx of villagers fleeing violence.

"From the information received from interrogating those arrested and from those who surrendered, it's reasonable to assume that there were Chinese mercenaries among the Kokang renegade group that launched recent attacks," he said.

The Chinese Embassy and Kokang sources were not immediately available for comment.