Several villagers said the attackers were forest guards who lived in a camp in the village and were well known to them. 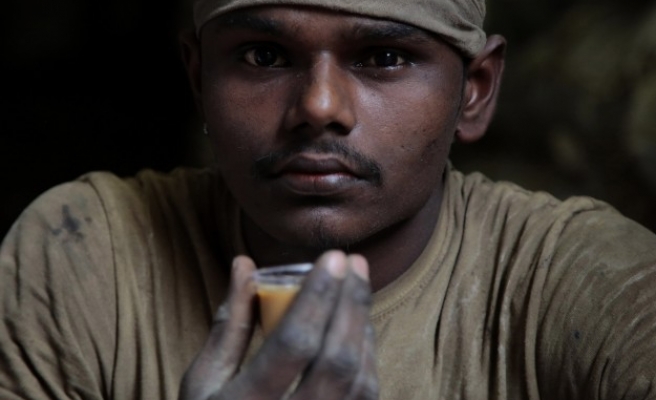 Survivors of a massacre of Muslim villagers on the fringes of an Indian national park have buried 18 bodies after a spasm of ethnic violence in the northeastern state of Assam that has cast a shadow over the world's biggest ever election.

India is in the home stretch of the five-week election, which has heightened ethnic and religious tensions in some parts of the country and in which the opposition Bharatiya Janata Party (BJP) looks set to emerge as the biggest group.

Wrapped in black plastic sheeting, the victims were lowered into the ground two days after suspected tribal militants rampaged through the riverside village, burning houses and killing men, women and children in a hail of bullets.

At least 21 people were gunned down in the village of Narayanguri, a popular picnic spot close to one of the entrances to the Manas national park. Known for dense biodiversity, tigers, and elephants, the UNESCO world heritage site is visited by Indian and foreign tourists.

"I was cycling home when I suddenly heard shots and saw the flames," said Shalam Gaon, the 40-year-old village head. "We'll never go back to live there now."

The death toll from three attacks last week rose to 34 after the corpses of two women were found on Sunday floating in the Beki river that flows through Narayanguri. A man's body was found elsewhere in the same district, police said.

Women in bright headscarves screamed as a truck brought the bloodied bodies of the two 30-year-old women to the village.

Sporadic outbreaks of violence are common against Muslims who live alongside the Bodo tribe in western Assam, near the borders of Bangladesh and the Himalayan foothills of Bhutan.

Bodo militants say the Muslims are illegal immigrants from Bangladesh who have taken ancestral lands, while members of the minority group say they were mostly born in India.

The BJP's candidate Narendra Modi has continued to speak out against illegal immigration from Bangladesh, despite criticism from rivals that his tough stance is inflaming tensions.

Speaking in the next-door state of West Bengal on Sunday, Modi accused the state government of being soft on "infiltrators" from Bangladesh. Modi last week said illegal immigrants living in West Bengal should have their "bags packed" in case he came to power. He made no reference to the massacres.

Critics have long accused the BJP of deep-seated prejudice against India's Muslims, who make up more than 12 percent of the country's 1.2 billion population. The BJP says it only opposes preferential treatment for any community.

Several villagers said the attackers were forest guards who lived in a camp in the village and were well known to them.

"They wore black cloths across their faces, but I knew who they were, I used to sit and chat with them every day," said Safiqul Islam, whose sister and her son were killed in the violence.

Assam's Additional Director General of Police, A. P. Rout, said six forest guards were being interrogated about the villagers' claims.

"These are very serious accusations. They are government employees, they have authorized weapons. It could be wild allegations, but we will find out," Rout told Reuters.

More than 20 people have been arrested for abetting the attackers, and more arrests are expected, Rout said.

Three militants from the National Democratic Front of Bodoland (NDFB) died in gun battles with the police in a different part of Assam on Sunday, Rout said. He said the fighting did not seem to be related to the massacres.

The NDFB has denied responsibility for attacks on Muslims.