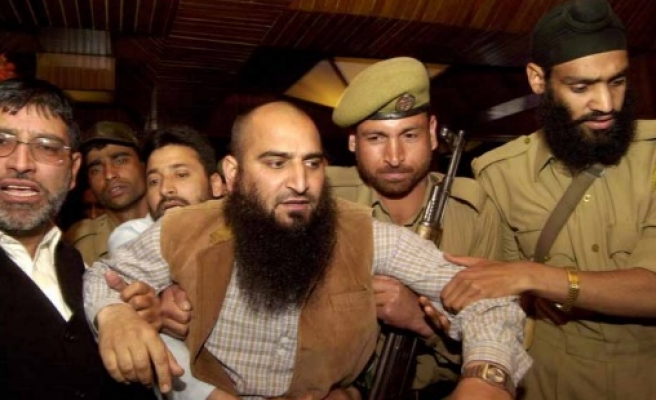 Masrat Alam Bhat, a senior resistance leader in Indian-held Kashmir, has been immediately re-arrested by police after being freed by a court following a four-year jail term.

Bhat was initially released after his party, the Muslim League, applied to a magistrate in Srinagar for bail.

But immediately after his release around noon on Saturday, police raided his house in Habba Kadal in Srinagar's old city and re-arrested him.

Bhat was one of the most active participants and organizers of the 2010 summer mass uprisings in Indian-held Kashmir which shut down the valley for six months, during which hundreds of thousands of people protested on the streets and youth threw stones at the Indian Armed forces.

The Indian police killed more than 112 Kashmiri civilian protestors and wounded hundreds of people by firing into the crowds in a bid to curb the protests.

Bhat was arrested by the police in October 2010, in an arrest that the authorities hailed as a "major breakthrough".

He was charged with orchestrating the 2010 protests and instigating youths to throws stones and pursue violence against the state.

During Bhat’s four years in jail, the State Government charged him under the Public Safety Act 10 times.

The PSA is regarded with dread in Indian-held Kashmir, as it allows the Indian government to keep any Kashmiri under arrest for up to two years without the right to a trial.

The Kashmir High Court quashed Bhat's detention each time, but the government would respond with another PSA charge.

Indian-held Kashmir's most senior separatist leader, Syed Ali Geelani, condemned the re-arrest of Bhat, saying it was an act of political vengeance by India against an individual and that the Government was treating resistance leaders with cruelty.

"Bhat's continuous imprisonment has no constitutional, legal or moral justification and is nothing but vengeance," he said.

More than 70,000 people have reportedly been killed in the conflict to date.