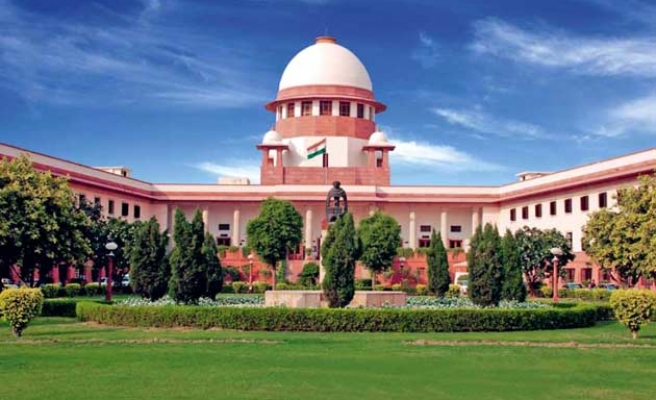 The Supreme Court of India on Thursday dismissed a plea filed by a Jain community organization against a Mumbai High Court order staying the decision to ban the sale of meat in the city during the religious festival of Paryushan.

A bench for Justices T.S. Thakur and Kurian Joseph said, "These are not issues forced down the throat of anyone. There has to be a spirit of tolerance."

The court added, "These matters must be handled with tolerance and compassion."

Shree Tapagarhiya Atma Kamal Labdhisuriswarji Gyanmandir Trust, a Jain group, had filed a Public Interest Litigation in the Supreme Court challenging the Mumbai High Court’s decision to stay the ban on sale of meat in the city.

The Trust said that a ban for few days can only be conceived as compassion for animals and that they have the right to live under the Indian constitution.

On Monday, Mumbai High Court had stayed the ban on sale of meat in Mumbai on Sep. 17.

However, they refused to lift the ban on animal slaughter.

Bombay Mutton Dealers’ Association had approached the High Court to oppose the ban imposed on the city due to the Jain community’s Paryushan festival.

After the ruling Bharatiya Janata Party (BJP) came to power in the western state of Maharashtra, non-vegetarian food has become a political issue.

In March, beef was banned and now the state government wants restrictions on the eating habits of non-vegetarians.

"I believe these people are less interested in development and more interested in controversies. They want to impose restrictions on our eating habits," said Mujahid Siddiqui, a resident of Mumbai, on the recent controversy over non-vegetarian food.

"It is nothing but an effort to divide society. They want that Muslims should oppose the decision and then they will be free to politicize the situation," he said.

Meanwhile, Muslims in Maharashtra are anxious about how they will observe Eid-al-Adha.

For the first time they will not be allowed to sacrifice cows and bulls in the state after enactment of a beef ban law in March this year.

The Maharashtra government had banned the possession and import of beef in the state.

An NGO, Muslim Yuva Munch, has already approached Mumbai High Court requesting to lift the ban on the slaughter of cows for three days for the occasion of Eid-al-Adha.

The court has fixed Sept. 21 as a date for the hearing.

"We wanted that Muslims should be allowed to slaughter cows for three days. We have a large, poor Muslim population and they cannot afford goat and other costly animals," said Huzaifa Electricwala, president of the NGO.

"We hope to get some relief from the court," he said.

However, the state government seems to be in no mood to compromise. They have issued an order to the police department to ensure that no cows and bulls are slaughtered during Eid-al-Adha.