The HRW report claims some Kyrgyz government forces helped attacks to Uzbeks, urging a probe into the actions of security forces. 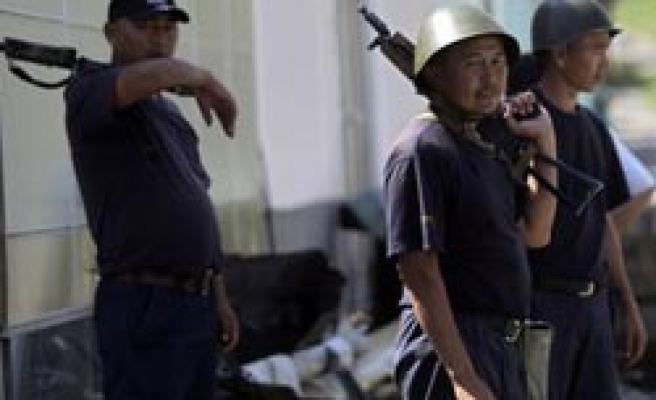 Some Kyrgyzstan government forces helped ethnic Kyrgyz to attack Uzbeks during the ethnic bloodshed in June, a rights watchdog said on Monday, urging a probe into the actions of security forces.

At least 371 people were killed in June in the south of the country, where the interim government has struggled to impose control since it took power after the April overthrow of President Kurmanbek Bakiyev.

In a 91-page report presented on Monday by the The Human Rights Watch quoted witnesses as telling its researchers that "men in camouflage uniforms riding armoured military vehicles removed makeshift barricades erected by residents, giving the mobs access to the (Uzbek) neighbourhoods".

"Witnesses said armed men followed the armoured vehicles into the neighborhoods, shot at and chased away remaining residents, and then let crowds loot and torch homes," it said.

"An additional question that requires investigation is whether they actively participated in these attacks, and if so, to what extent."

Thousands of homes were torched in the clashes between ethnic Kyrgyz and Uzbeks, which laid waste to parts of the southern cities of Osh and Jalalabad and local villages, forcing 400,000 people to flee.

The rights grouop said it had documented large-scale "sweep" operations in Uzbek neighborhoods, during which law enforcement officers beat and insulted residents and looted their homes.

"In the village of Nariman, security forces injured 39 residents, two of whom subsequently died," it said.

"Those responsible for the heinous crimes against both Kyrgyz and Uzbeks during the June violence should be prosecuted irrespective of their ethnicity, title, or rank," said Ole Solvang, one of the authors of the report.