Prayuth, the army chief who ousted an elected government in a May 22 coup and is now prime minister, will attend an Asia-Europe Meeting (ASEM) in Milan 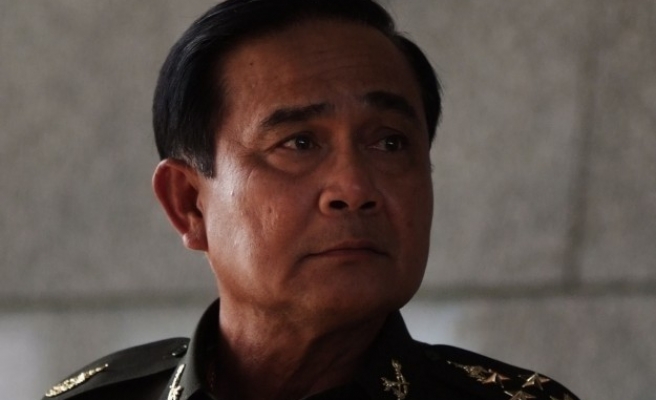 A human rights group on Tuesday urged the European Union to press Thai junta leader Prayuth Chan-ocha to protect human rights and restore democracy quickly when he travels to Italy for a summit of Asian and European leaders.

Prayuth, the army chief who ousted an elected government in a May 22 coup and is now prime minister, will attend an Asia-Europe Meeting (ASEM) in Milan on Oct. 16-17.

"It matters when it comes to the EU which has a very clear common policy on human rights especially as it comes in the context of the EU's downgrade of diplomatic ties," Sunai Phasuk of Human Rights Watch told Reuters.

The United States and the European Union downgraded diplomatic ties in response to the army's ouster of the government of Thailand's first woman prime minister, Yingluck Shinawatra.

Prayuth defended the coup saying the army needed to stop bloodshed after nearly 30 people were killed in sporadic violence. But the junta has come under fire for a crackdown on its critics and for restrictions on freedom of speech.

Sunai said the EU should speak out to Prayuth on rights.

"The EU should use the opportunity to press for the end of rights abuses and concrete reassurances that Thailand will transition back to democracy," Sunai said.

The EU has delayed signing an agreement on closer economic and political ties with Thailand and has urged a swift return to democracy. It has suspended official visits to and from Thailand but has not issued travel bans for junta members.

The EU said in a statement Prayuth's participation at the Italy meeting was in line with its engagement guidelines.

"ASEM members are free to decide the composition of their delegation to the ASEM summit and visas are granted to all participants that are not subject to travel restrictions," the EU Delegation in Thailand said in a statement.

Prayuth has sought to reassure tourists, foreign investors and fellow Thais that democracy will be restored with an election late next year.

Yongyuth Mayalarb, a spokesman for the prime minister's office, said Prayuth would use the meeting in Milan to clear up "any misunderstanding" over the coup.

"Prime Minister Prayuth will take the opportunity to clarify the current political situation," he said.

The summit, which takes place every two years, will be attended by European and Asian leaders. The European Commission, the EU's executive body, is one of ASEM's founding partners.

The visit will be Prayuth's second trip abroad as prime minister. He is due to visit neighbouring Myanmar on Oct. 9.