Rohingya at heart of Cambodia-Australia deal wants out 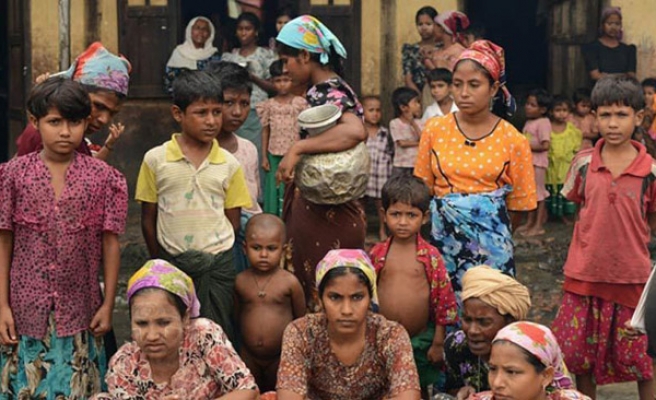 One of four refugees resettled in Cambodia as part of a AU$55 million deal with Australia has already asked to be sent back to Myanmar, just three months after his arrival.

The four — a Rohingya man and three Iranians — had been detained by Australia on the South Pacific island of Nauru before agreeing to the transfer to Cambodia.

They arrived on June 4 and were whisked away to a gated villa in the southern part of Phnom Penh, where staff from the International Organization for Migration (IOM) began helping them settle in.

But according to a Khmer-language report that appeared on the Radio Free Asia website, the Rohingya man has had enough – a development that a political analyst told Anadolu Agency would serve the Australian government’s aim of deterring those seeking to reach the country.

Translations of the report published Saturday quote Cambodian Interior Ministry spokesperson Khieu Sopheak as saying that the man is missing Myanmar — where Muslim Rohingya have been persecuted and killed in a brutal ethnic clash that shows no signs of abating.

According to Sopheak, the man’s request is “voluntary,” and in line with the Memorandum of Understanding signed between Interior Minister Sar Kheng and Australia’s former immigration minister, Scott Morrison, in Phnom Penh a year ago.

Contacted by Anadolu Agency on Sunday, IOM Cambodia’s Kristin Dadey said that “due to privacy concerns, we won’t be commenting on this issue.”

Political analyst Ou Virak, who has spoken out frequently against the deal, told Anadolu Agency on Sunday that Australian Prime Minister Tony Abbott “is laughing now.”

He said, “the real intention behind this deal is to send the refugees to one of the least likely countries that they would want to settle in as a way of sending a message to other refugees that they are not going to get a hope of a decent life, so don’t try going to Australia in the first place.”

He added that the initial “honeymoon stage” of living in the villa and some hand-holding by the IOM staff would be coming to an end, meaning the prospect of life beyond that stage would be starting to sink in and likely be a cause of concern.

“The fact that this Rohingya man is requesting to leave Cambodia after all of this is exactly what’s been in store in the whole plan from the beginning by Tony Abbott,” Virak said.

“None of them ever sought Cambodia as a place for refuge, so it’s not surprising they don’t want to come here… I think they were pressured to come here out of desperation.”

Sopheak could not be reached Sunday.