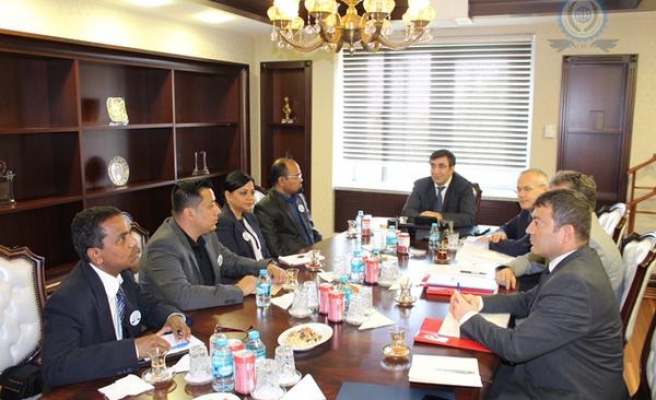 The European Rohingya Council has underlined its support for a report that claims that Myanmar’s government, army and police are responsible for genocide against the country's Rohingya Muslim minority, and has reiterated its call for an investigation by the United Nations.

The analysis -- released last week by the Allard K. Lowenstein International Human Rights Clinic at Yale Law School -- is based on evidence gathered over three years by the Fortify Rights advocacy group.

In a statement released last weekend, Commission Chair Khairul Amin said that the Yale report was not the first time that “the existential threats” faced by Rohingya have been highlighted in major international fact-finding missions.

"The finding of the Yale Law School is invariable with that of United to End Genocide, titled Marching to Genocide in Burma [Myanmar] which found that nowhere in the world are there more known precursors to genocide than in Burma today [against Rohingya]," Amin stated.

Amin added that other research had also found that Rohingya are in “a process of slow-burning genocide” since the 1970s, such as the Pacific Rim Law & Policy Journal, University of Washington, Slow-Burning of Genocide of Myanmar’s Rohingya in June 2014, authored by Maung Zarni and Alice Cowley.

He said that another report -- Countdown to Annihilation: Genocide in Myanmar, International State Crime Initiative, Queen Mary University of London in Feb. 2015 -- had also found "compelling evidence" of government-sponsored polices, laws and strategies of "genocidal persecution".

Over the periods of military juntas and subsequent quasi-civilian government of Thein Sein, the precedence of genocide against Rohingya has been set systematically, claimed Amin.

"The right to citizenship and the right to identify as Rohingya were stripped off with the implementation of the citizenship law in 1982. The law further encourages committing widespread killing, torture, rape, arbitrary arrest, forced labour, destruction and confiscation of land and properties along with restrictions on freedom of religion, movement, marriage, education, healthcare, employment and birth [biological genocide]."

Rohingya have faced widespread persecution for decades, but their situation has become ever more perilous since 2012, when Buddhist rioters rampaged through villages in Sittwe, Rakhine’s capital, torching Rohingya houses and butchering people with machetes and other crude weapons.

Since then, around 140,000 Rohingya have been unable to return to their villages, confined to a swathe of land in squalid displacement camps, where they are often denied basic healthcare.

The apartheid-like system has helped drive tens of thousands to make perilous boat journeys in an attempt to escape to nearby countries like Malaysia.

The Rohingya are excluded from a general election Nov. 8 that has long been anticipated as a test of Thein Sein’s reforms.

Earlier this year his government withdrew the temporary citizenship held by hundreds of thousands from the group that granted them suffrage.