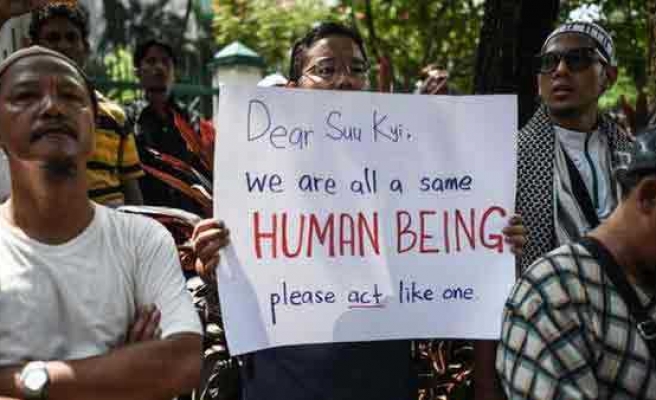 Rohingya Muslim population in Myanmar has been subjected to long-term discrimination and persecution that amounts to “dehumanizing apartheid,” an international human rights body said on Tuesday.

In a major new analysis into the root causes of the current crisis in western Rakhine State, the Amnesty International said the Rohingya have long faced discrimination due to the laws and regulations set by Myanmar.

“The discrimination is systematic as it is rooted in the country’s laws. The Myanmar government regards Rohingya as outsiders,” Elise Tillet, member of Amnesty International’s Myanmar research team, said at a news conference in Jakarta.

Since Aug. 25, an estimated 620,000 Rohingya have crossed from Myanmar's western state of Rakhine into Bangladesh, according to the UN.

The organization found a continuous cycle of violence seemingly “state-sponsored” by Myanmar.

“The violence is focused on eliminating a certain race which is not considered as native citizens, and that sort of ethnic cleansing is what Rohingya are facing,” Tillet explained.

The report also detailed the suffocating restrictions exerted by the government and military forces of Myanmar towards the Rohingya community, who require permission to travel between cities.

The probe also found systematic discrimination preventing the Rohingya community to freely practice their religion, as the rules do not permit the assembly of more than four people.

“The Rohingya in Rakhine cannot conduct congregational prayers due to the strict rules in the region,” Tillet concluded.