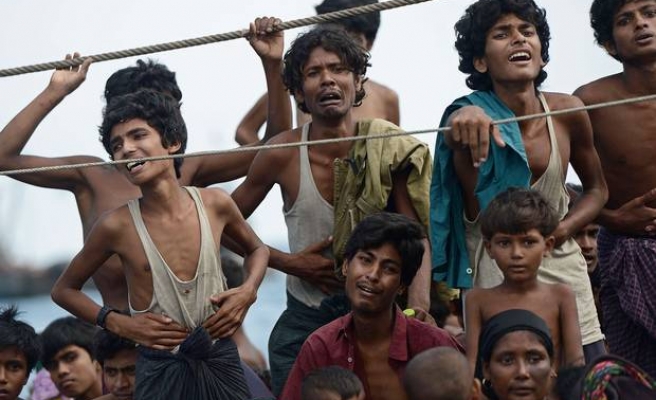 Rights groups have raised concerns for the safety of witnesses as one of the largest human trafficking trials in Thai history gets under way.

On Tuesday, 92 people -- including government officials and a military general -- went on trial in Bangkok accused of smuggling ethnic Muslim Rohingya through the country to Malaysia.

Many are also charged with kidnapping and the deaths of dozens of people.

The Rohingya -- an ethnic Muslim minority from Myanmar who say they face religious persecution at home -- have for years utilized smugglers to take them by boat from Bangladesh to Thailand and beyond.

Many of them, however, fall victim to kidnappers, smugglers keeping them in camps until families shelve out ransoms for their imprisoned relatives from back home.

On May 1, 2015, Thai authorities discovered over 30 corpses of Rohingya in one such camp in the jungles of southern Thailand.

A subsequent crackdown on human traffickers led to the arrest of numerous suspects including a Thai general.

Rights groups expressed their concerns as the trial began Tuesday that due to the high profile nature of the defendants witness safety may be at stake.