Russia hopes Iran talks will be based on Moscow ideas

Lavrov said Iran had shown a "lively interest" in the proposal, details of which have not yet been made public. 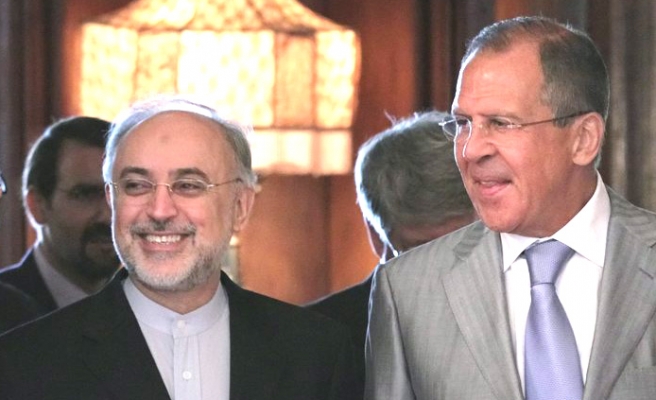 Russian Foreign Minister Sergei Lavrov said on Wednesday he hoped that talks between global powers and Iran on Tehran's nuclear programme would resume soon and use Moscow's proposal as their basis.

Lavrov said Iran had shown a "lively interest" in the proposal, details of which have not yet been made public.

"We hope this will help us move forward faster than has been the case until now and that we can resume negotiations soon," Lavrov told a joint press conference with Iranian Foreign Minister Ali Akbar Salehi.

Salehi praised Moscow's proposal for its "step-by-step" approach to the dispute, saying it contained good elements and that Tehran would study the details.

Lavrov told U.S. President Barack Obama last month of a step-by-step approach under which Iran could address questions about its nuclear programme and be rewarded with a gradual easing of sanctions.

Lavrov also said the Bushehr nuclear plant, that Russia had agreed to construct in the 1990s, would start operating very soon and that the date was being agreed with Iran.

A senior Russian diplomat said earlier this year the plant was likely to become fully operational by early August.