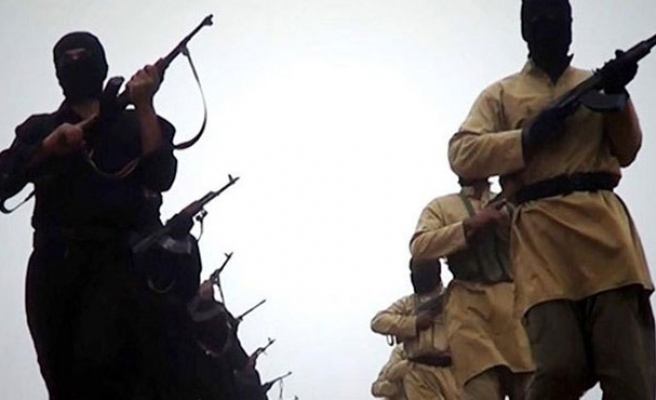 Russia is leading a U.N. Security Council initiative to ratchet up pressure on countries to cut off the cash flow to ISIS militants, Russia and council diplomats said on Wednesday.

Moscow is drafting a legally binding resolution on the subject.

"We are preparing (the resolution) and we hope it'll be adopted by the U.N. Security Council in the coming days," a spokesman for Russia's United Nations mission said.

Russia circulated a draft to the council's other permanent members - the United States, Britain, France and China - and is expected to distribute it to the full council soon, Western diplomats said, speaking on condition of anonymity. They noted that Moscow rarely drafts council resolutions.

The diplomats said Russia's concerns about ISIS are acute given the number of Chechens that have joined the group.

Diplomats said the group's brutal killings of the Jordanian, Japanese and other hostages have strengthened the resolve of U.N. member states to act. They said one benefit of such a resolution is that it will highlight how unified the vast majority of countries are against ISIS.

The resolution will focus on the three main sources of revenue for ISIS: oil, the sale of antiquities and ransom from kidnappings.

The resolution will demand that countries not purchase oil from ISIS, stop paying ransoms and not buy antiquities looted by the group.

"We know that the Syrian regime has bought oil, some of the Turkish have bought oil," a senior Western diplomat said on condition of anonymity.

He added that despite a council resolution banning the ransom payments, some countries continue to pay money to secure the release of hostages.

Prior to a U.S.-led air campaign against the group in Syria and Iraq, where ISIS controls a wide swath of territory, its main source of revenue was oil.

In October, the International Energy Agency said the coalition's targeting of oil infrastructure held by the group had knocked crude production down to around 20,000 barrels per day (bpd) from a high of about 70,000 bpd achieved after the group took more territory last summer.

The Pentagon said on Tuesday that oil was no longer the ISIS's top source of cash.

A second senior Western diplomat, also speaking on condition of anonymity, said that the ISIS's oil revenue has fallen to around $500,000 per day from more than $1 million two months ago.

According to a U.N. report in November, ISIS raises several million dollars a month from illegal taxation and approximately $96,000 to $123,000 per day from ransom payments. In addition to antiquities, it said private donations were also a source of revenue.