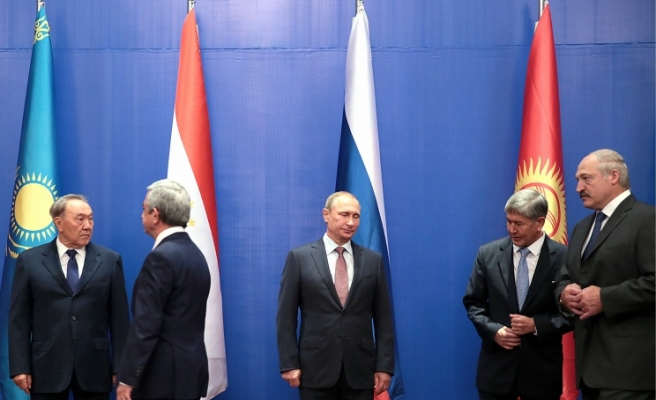 Leaders of the Collective Security Treaty Organization (CSTO) member countries, who met for a summit in Tajikistan's capital city of Dushanbe on Tuesday, have called for consolidated international efforts to reverse dangerous tendencies, such as increased activities of the terrorist group ISIL and aggravation in Afghanistan, TASS reported.

"Consolidated international response and effective steps would make it possible to reverse dangerous tendencies in the development of the international situation," CSTO leaders said in a statement.

The document reflected their profound concern over growing negative impacts on the geopolitical situation by "destructive non-state forces propagating violence, xenophobia and intolerance, destruction of historic and cultural values created by the world civilization."

"Of special concern is the deterioration of the situation at the CSTO responsibility borders, protracting regional conflicts, increased activity of the terrorist group ISIL and Afghanistan’s becoming a world’s biggest drug production centre," the statement said.

The CSTO countries agreed to continue coordination of their foreign policy positions on the most pressing problems of the international situation.

The statement also commended the recent agreements on the Iranian nuclear programme and the settlement of the problem of destruction of Syria’s chemical weapons.

The statement condemned any attempts at glorification of Nazism, distortion of history and revision of the results of World War Two. Apart from that, the CSTO leaders called on all world countries to be guided by the norms and principles laid down in the United Nations Charter.