Browder, who describes himself as Russian President Vladimir Putin's "Enemy Number One", has led an anti-corruption campaign in memory of his whistle-blowing former employee Sergei Magnitsky, who died in prison in 2009. 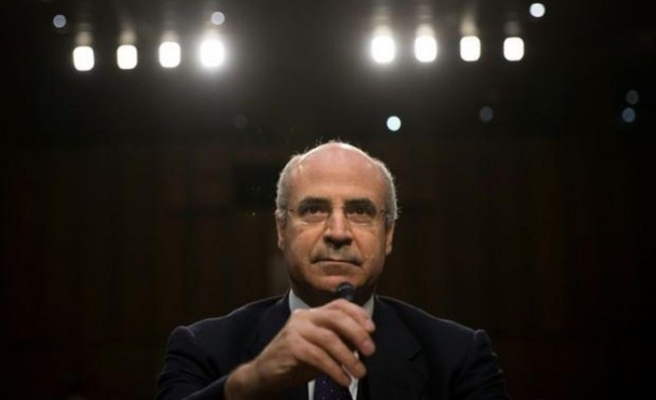 Russian prosecutors said Monday they had opened a new criminal probe into British financier William Browder and suggested the anti-Kremlin crusader may have been involved in an associate's death.

Browder, a US-born British citizen, headed a major investment firm in Moscow in the 1990s and 2000s but fell foul of the authorities and has since been convicted in absentia of tax evasion and deliberate bankruptcy.

A representative of the Russian General Prosecutor's Office, Nikolai Atmonyev, told a news conference that a new probe against Browder had been opened on Friday on suspicion that he had established and run a "transnational criminal gang".

Browder faces up to 20 years in prison if convicted on the new charges, Atmonyev said, adding that he would be put on an international wanted list "in the near future".

Atmonyev also claimed that Browder, the chief executive of Hermitage Capital Management, might have forced Magnitsky to commit perjury and therefore was interested in seeing him dead.

"The Russian General Prosecutor's Office has concluded that it was Browder who was interested in Magnitsky's death," Atmonyev said.

Alexander Kurennoi, spokesman for the General Prosecutor's Office, told AFP that Magnitsky had been poisoned by a substance containing aluminium and that it was "highly likely" Browder was responsible "to cover up the crimes he committed in Russia".

Magnitsky went public with details of massive fraud by Russian state officials before being charged with tax evasion and later dying in detention after a year in jail.

Browder's campaign for Magnitsky has had strong resonance worldwide.