Russia wants Germany to pay for the WWII damages

State Duma MPS have created a working group to calculate the losses caused by Germany to the USSR during the WWII. 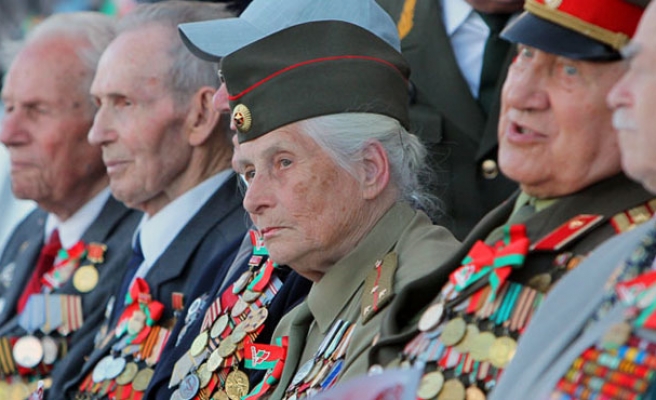 A lawmaker representing the populist LDPR nationalist party wants to calculate all damages inflicted by Nazi Germany on Russia during World War II, in order to slap Berlin with a lawsuit that could amount to €4 trillion.

Mikhail Degtyarov, MP from the Liberal Democratic Party of Russia made the proposal on Tuesday',TASS reported. He expressed the belief that after the estimation is completed, reparations will amount to EUR 3-4 T.

“Germany didn’t pay any reparations to the USSR to compensate for destruction and brutalities committed during the Second World War. The Yalta agreement allowed the USSR to seize some German assets from the Soviet occupation sector, but these were mostly industrial machinery, furniture and clothing, that could be considered spoils of war and that could not compensate for the damage inflicted to the Soviet economy by the war,” MP Mikhail Degtyaryov said in an interview with the Izvestia daily.

"It appears that Germany paid compensations to 6 million victims of the Holocaust, but ignored 27 million USSR's people killed. We will require reparations, our group will count losses" – announced  Dehtyarov.

A parallel was drawn between this idea and the way ''today's Germany continues inflicting damage on Russia as it presses forward with unlawful sanctions on the part of the EU.''

At the Parliamentary Assembly of the Council of Europe (PACE) on Thursday, the Russian delegate took the decision of suspending its participation, due to the voted sanction depriving the country of voting rights.

Meanwhile, Russian lawmaker Nikolai Ivanov made a proposal on Wednesday for the condemnation of the annexation of the German Democratic Republic (GDR) by the Federative Republic of Germany (FRG) in 1989. MP in Russian parliament embraced the idea and issued an official statement in support of it.