A total of 22 warships and vessels, up to 20 jets and helicopters, more than 500 marines and 40 units of equipment were involved in the drills 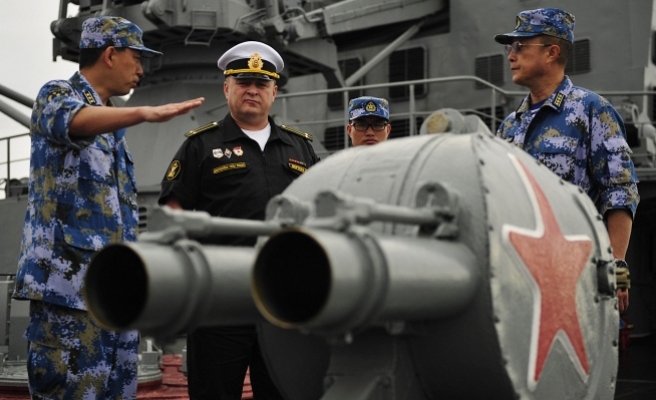 The second phase of the Russian-Chinese Joint Sea-2015 naval maneuvers has officially ended outside the port of Vladivostok in Russia’s Far East, says spokesman for the Eastern Military District Roman Martov, TASS reported on Friday.

"Today, the exercise commanders from the Chinese and Russian sides announced in their joint headquarters the end of the Joint Sea-2015 (II) drills. Russian Vice Admiral Alexander Fedotenkov and Chinese Rear Admiral Wang Hai noted the high level of the maneuvers and interaction on the ground, at sea and in the air. The Russian and Chinese Navy men have got invaluable cooperation experience," Martov said.

According to him, the Russian and Chinese warships are currently staying in the Peter the Great Gulf where the maneuvers’ participants will hold a parade and a farewell ceremony later in the day.

The active phase of the maneuvers was launched in the Peter the Great Gulf on August 23. A total of 22 warships and vessels, up to 20 jets and helicopters, more than 500 marines and 40 units of equipment were involved in the drills. The first Joint Sea naval exercise was held in April 2012. In July 2013, ships, planes, helicopters and amphibious soldiers of the two countries took part in a new Joint Sea exercise. Last year’s exercise was held off the Chinese coast.