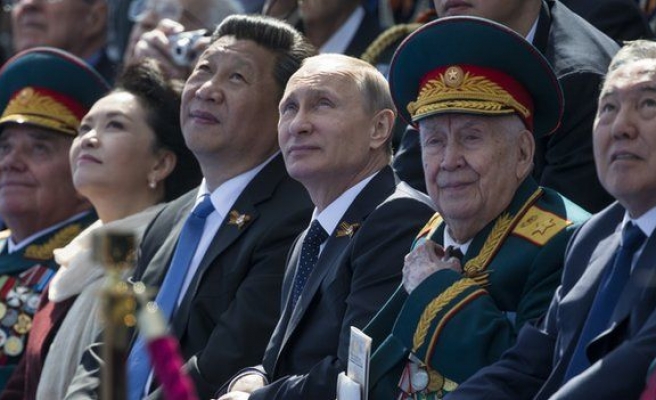 Major Western leaders will not attend a military parade in China next week to mark the end of World War Two, leaving President Xi Jinping to stand with leaders and officials from Russia, Sudan, Venezuela and North Korea at his highest-profile event of 2015.

More than 10,000 troops - mostly Chinese but with contingents from Russia, Mongolia and elsewhere - will march through central Beijing next Wednesday in a parade that will be the highlight of events marking 70 years since the war's end.

European and U.S. officials have repeatedly expressed concern that the show of military power could send the wrong signal in an already tense region, where China has been taking a more assertive approach to its territorial disputes.

Standing next to Xi and Putin at the parade along central Beijing's Tiananmen Square will be leaders from countries that generally have close political ties with China, including Sudan President Omar Hassan al-Bashir and Venezuelan President Nicolas Maduro.

Some useful diplomacy could happen on the sidelines, as Choe Ryong Hae, secretary of the Central Committee of North Korea's Workers' Party, will also attend. Choe is close to North Korean leader Kim Jong Un.

Tanks rumbled through Beijing and fighter jets flew overhead during a weekend rehearsal. "This can only send a worrying message to China's neighbors," a senior Western diplomat said on condition of anonymity.

"It's up to each country to decide who they wanted to send. In China we say those who come are all guests. We welcome them all," Zhang said when asked whether China considered it an insult that leaders from the United States, Britain, and other Western powers would not attend.

Japanese Prime Minister Shinzo Abe will also not attend, in part because of concerns over China's military expansion in the region.

Sino-Japan relations have long been affected by what China sees as Japan's failure to atone for its occupation of parts of China before and during the war. Western and Chinese historians estimate millions of Chinese civilians were killed.