The agreement includes a defense pact between Russia and Abkhazia that obligates both sides to come to each other's aid in the event of aggression. 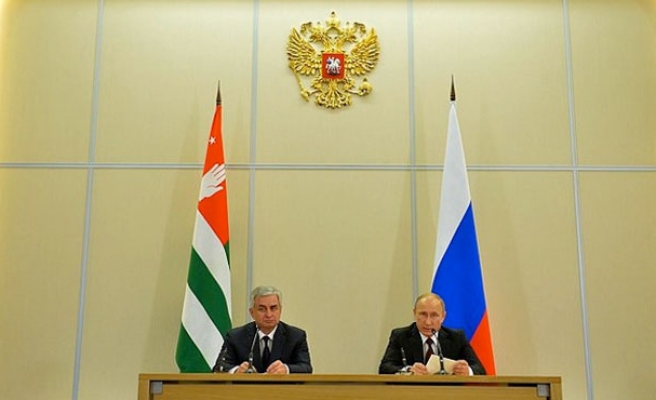 The upper chamber of the Russian parliament ratified Wednesday a strategic alliance partnership agreement, which includes a controversial collective defense pact with the self-proclaimed Republic of Abkhazia.

Russian President Vladimir Putin and self-proclaimed President of Republic of Abkhazia Raul Khadzhimba signed the agreement in Sochi, Russia on Nov. 24, 2014. Once it gets approved by Putin, the treaty will "create a common sphere of defense and security," obligating the signatories to come to each other's aid in the event of aggression against either party.

The agreement was denounced by NATO last November. "This so-called treaty does not contribute to a peaceful and lasting settlement of the situation in Georgia."

The self-proclaimed "Republic of Abkhazia" broke away from Georgia after a short conflict in the early 90's. Since 2008, only Russia and three other UN member nations have recognized the breakaway territory's independence, with the remainder recognizing the territory as part of Georgia.