"We demand that Navalny be sentenced to 10 years in jail," RIA quoted a prosecutor as saying at the appeal at Moscow city court. 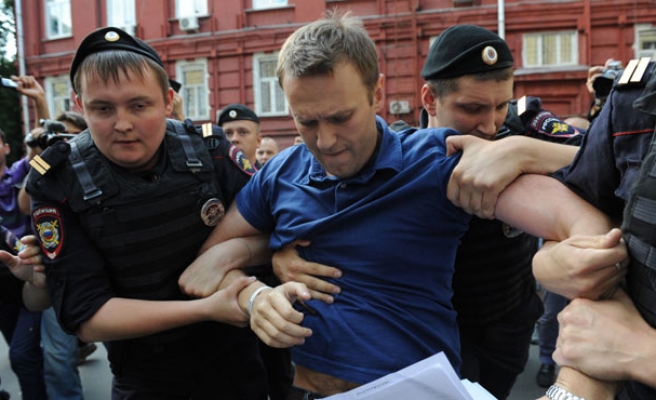 Russian prosecutors demanded Kremlin critic Alexei Navalny be jailed for 10 years, appealing against the suspended sentence he was given in a theft case last year, news agency RIA reported.

Navalny, who led Moscow street protests against Vladimir Putin in 2011-12, and his brother Oleg were accused last year of stealing 30 million roubles - nearly half a million dollars at the current rate - from two firms including an affiliate of the French cosmetics company Yves Rocher between 2008 and 2012.

Oleg was given a three and a half year jail sentence, while Navalny was given a suspended sentence that prosecutors promised to appeal.

"We demand that Navalny be sentenced to 10 years in jail," RIA quoted a prosecutor as saying at the appeal at Moscow city court.

Kremlin critics and Washington have called the case an attempt to stifle political dissent.

Since being sentenced, Navalny has taken an increasingly confrontational stance, cutting off his house arrest tag and attending a rally of his supporters who gathered on the day of his sentencing last year in violation of his detention.

He has promised to lead 100,000 people on March 1 in protest against Kremlin policies which he says are leading the country deeper into economic crisis. ($1 = 63.0530 roubles)