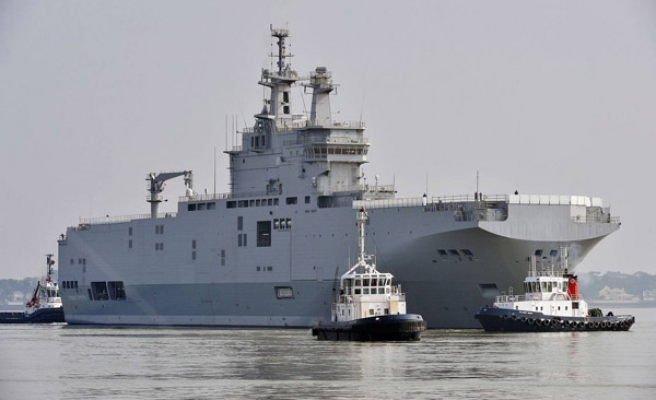 According to local media, the Russian destroyers Admiral Vinogradov and Admiral Panteleyev and the Boris Butoma tanker docked at the Manila South Harbor.

A report from TASS posted by the Philippine News Agency on its website explained the ships visit is part of the development of a military cooperation program between the two countries.

The report said the visit will last until October 26 and the Philippine authorities, foreign diplomats, and local residents will be allowed to take a tour of the large anti-submarine vessel during the visit.

It will also highlight friendly sports games, such as football and volleyball between Russia’s visiting naval crew and local navy representatives. In addition, tourists tours in Manila were also scheduled for the Russian guests.

He said the donation will formally be turned over to the Philippine government on October 25 in Manila to be used for the government's counter-terrorism efforts.

He said the weapons will come as a donation with no cost to the Philippine government.

Moscow’s donation follows China who on October 5, handed over 3,000 more assault rifles with 3 million rounds of ammunition and 90 pieces of scopes to the Philippine military to help fight Daesh-linked terrorists in Marawi City.

Accordingly, last June, the first batch of rifles numbering three thousand units from China were handed over to the Armed Forces.

Last May, Duterte went on an official visit to Russia but had to cut short his trip after clashes between government forces and Maute and Abu Sayyaf militant groups brokeout in Marawi City, which prompted him to declare martial law in Mindanao.

He was able to meet Russian President Vladimir Putin during the short visit and had a one-and -a-half-hour talk with him about economic and security assistance.

Despite his aborted trip, Philippine and Russian security officials signed 10 agreements, including intelligence sharing and defense cooperation, and participation of military training exercises.