Moscow administration has a bad reputation in putting illegal implementations into force against independent media and illicitly to ignore attacks targeting journalists. 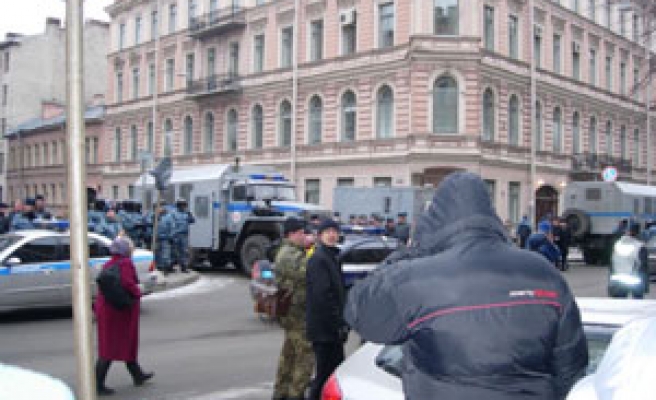 The latest killing of journalist in Dagestan brings once again the pressure on Russian media into the agenda. In the number of crimes against demand for justice, Russia is one of the leading countries.

Moscow administration has a bad reputation in putting illegal implementations into force against independent media and illicitly to ignore attacks targeting journalists. Russian leaders do not hesitate to cover their restrictions on media with the excuse of ‘fight against terrorism.’ Ranking among the countries having less media independence in the list of international non-governmental organizations, Russia is one of the most dangerous places except the ones active fighting continue.

Mounting criticisms have usually directed to Russian states due to financial, legal and illegal pressure on media. In anti-government protestors expressed their resentment about state of the media. Legal files regarding the attacks targeting journalists have been intervened both in investigation and prosecution processes.

In the places where political conflicts turn into violent clashes such as Caucasus, the journalists are not more comfortable than their colleagues in Moscow. Local media members fighting to unleash lawlessness of the ruling elites to the public generally have to face physical violence, kidnapping and death threats.

Ahmednabi Ahmednabiyed, 53 year-old veteran correspondent in Dagestan, was the 17th journalist killed by unknown perpetrators last week. Human rights organizations maintained that the reason lying behind killing of Ahmednabiyed is his braveness and professionalism in exposing corrupt practices on Novaya Delo newspaper. He was one of the most outspoken journalist who was working to infor the public about human right violations conducted by both anti-terror units and militant groups along with financial irregularities of governmental agencies.

Putin defends it was just fight against terrorism

Having faced with severe censorship in Soviet era, Russian media has regained its self-confidence and started to enjoy advanced democratic rights and freedoms under the leadership of Boris Yeltsin. However, the presidency of Putin was a major blow for media freedom. Firstly, some rights were restricted under the cover of struggle against 'terrorism' and extend of legal punishment were enlarged. Later on, arbitrary investigations launched against members of mainstream media most of which belong to Russian state. Inequalities and illegal regulations dominate the interrogations regarding the attacks targeting some media members. Although European Court of Human Rights punished Russia many times, it resists not amending any law related to press freedom.

Despite the unfair treatment to journalists and serious threats against media freedom dominate the agenda, except a few NGO’s no one dares to stand against the situation. Pointing at the change in people’s perception of ‘what news is’ which facilitates state’s endeavor to shape media, a manager in Association of Russian Journalists Mihail Melnikov stated “I would portray today’s calamity with a comparison to the situation one century ago. One daily should be warned three times before it was shut down in Czarist Russia. Yet, today two courts’ decision is enough to close down a newspaper. We are far away from reaching conditions for free press.”

International organizations monitoring Caucasus issued alert against Moscow’s pressure on media. But it seems they have been in vain so far. United Nation’s (UN) Commission for Human Rights demanded Russia to conduct efficient and fair investigation to expose the killing of journalist Hacımurat Kamalov. Spokesperson of the commission underlined that the lack of sufficient investigations about killings of journalists pose a threat to their colleagues working in other part of Russia warning that perpetrators’ going unpunished encourages further murder of journalists.