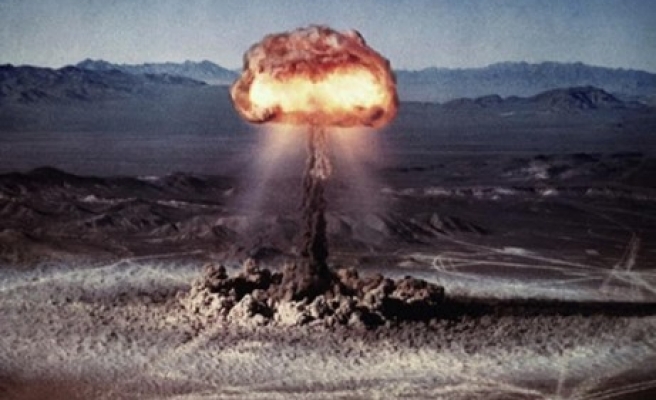 In a 40-minute conversation with Xi, Park warned of a "nuclear domino" effect in the region, according to her office.

Multiple reports suggest the North is gearing up for provocation ahead of U.S. President Barack Obama's planned visit to Seoul - the South Korean capital - this Friday.

The South Korean defense ministry told media Tuesday that it was making necessary preparations after detecting "a lot of activity" at North Korea's underground test site at Punggye-ri.

A ministry official echoed the sentiment Wednesday: "I can't talk about specifics, but the current situation is similar to that of the time of North Korea's third nuclear test."

China apparently responded warmly to Park's phone call, a foreign ministry spokesperson telling reporters Wednesday that Beijing "should cool down the situation, rather than flaring up tensions."

Despite the influence China is believed to hold over North Korea, it appeared as though Beijing's words had yet to have an effect.

The North had its own message Wednesday, pledging via its state media that its southern neighbor "should not even dream" that it would give up its nuclear ambitions.

The Korean Central News Agency also warned recently of "something big" and "unimaginable" by the end of the month.

North Korea carried out plutonium-based nuclear tests in 2006, 2009 and 2013, but is barred from doing so by a United Nations Security Council resolution.

Last month the country hinted it was ready to experiment with uranium for the first time, threatening to carry out a "new form of nuclear test."