A manhunt was launched on Sunday after a soldier killed five comrades in a grenade and gun attack at a base near the North Korean border. 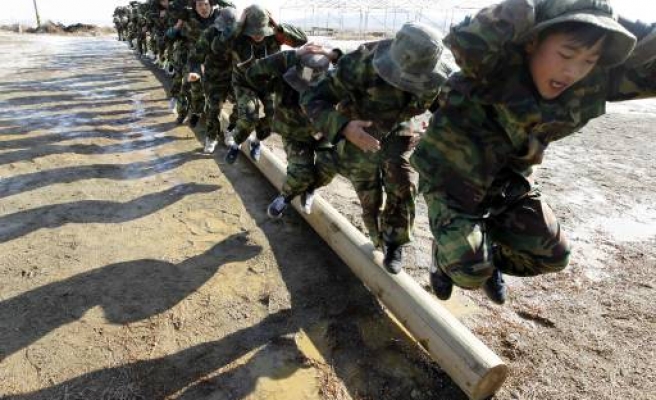 A South Korean Army deserter was taken into custody Monday afternoon – and straight to a military hospital with a self-inflicted bullet wound to his side - two days after shooting dead five colleagues at their post close to the border with North Korea.

The 22-year-old had been involved in a standoff with troops in a forested area near Goseong in Gangwon Province since Sunday, having escaped from his front-line unit the evening before.

Earlier Monday, the parents of the conscripted sergeant, surnamed Lim, had arrived at the scene to try and help talk down their son – who was armed with a rifle and around 60 bullets.

Lim is understood to have made a tearful request in the morning to speak to his father, before a phone was thrown to him – shortly before 3:00 pm he shot himself in the side in a suspected attempt at suicide.

Defense ministry spokesperson Kim Min-seok told reporters that troops “didn’t try to detain him by force out of concern that he might react rashly.”

The ministry also insisted that there had been no exchange of fire between Lim and troops Monday, and that an injury suffered by a soldier earlier in the day had been the result of an accidental shooting involving another soldier.

There were no reported civilian casualties, as hundreds of residents in the area were being sheltered at gymnasiums in local schools.

As for Lim himself, he was provided with bread and water.

Having joined the Army in 2012, Saturday evening’s shooting came as Lim was just three months away from completing his military service, which is mandatory for all able-bodied South Korean men.

But Lim was known to have having difficulties in adapting to military life - he had been on a "watch-list" but his status was downgraded late last year, which allowed him to take a front-line unit position.

Still, little is known about what motivated him to open fire near an outpost of his own 22nd Infantry Division after finishing his guard duty at around 8:00 p.m. Saturday.

Speculation suggested the shooting was targeted rather than random as less than a dozen shots were fired, claiming five lives and leaving seven wounded.

The incident was not without precedent, raising questions about the pressures of South Korean military life - a Marine Corps corporal killed four soldiers from a seaside unit in 2011.

In 2005, an Army private claimed eight lives after setting off a grenade and opening fire, also near the North Korean border.