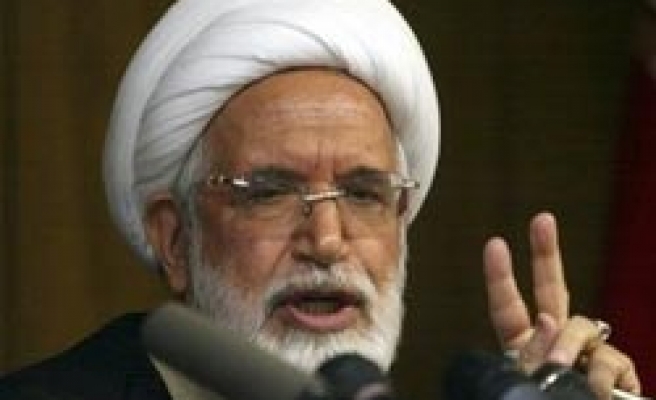 International sanctions against Iran are bolstering President Mahmoud Ahmadinejad's government and have helped its crackdown on the opposition Green movement, a senior Iranian opposition figure said on Thursday.

In an e-mail interview with Britain's Guardian newspaper, Mehdi Karroubi was quoted as saying that the policies the United States and Britain had adopted to combat Iran's disputed nuclear programme were counter-productive.

"On the one hand, the government's mishandling of the economy has resulted in deep recession and increasing inflation inside the country... On the other hand, we have sanctions which are just strengthening the illegitimate government," Karroubi said.

The U.N. Security Council imposed a fourth round of sanctions on Iran in June over a nuclear programme which Islamic Republic says its goal to produce civlian electricity.

"Isolating Iran not to bring democracy"

"Look at Cuba and North Korea," he said. "Have sanctions brought democracy to their people? They have just made them more isolated and given them the opportunity to crack down on their opposition without bothering themselves about the international attention."

Karroubi was quoted as saying that the shah's regime had treated opponents less harshly than the current Iranian government because it was sensitive to international criticism.

"But because Iran is getting more isolated, more and more they [Ahmadinejad's government] are becoming indifferent to what the world is thinking about them," he said.

He said he still believed in the Islamic republic, but not the present ruling system. "...we are a reformist movement, not a revolutionary one ... We are seeking nothing more than a free election."

The authorities rejected opposition charges of vote fraud and portrayed the protests as a foreign-backed bid to undermine Iran's Islamic system of government.