Saudi Arabia will raise wages for most of its army staff. 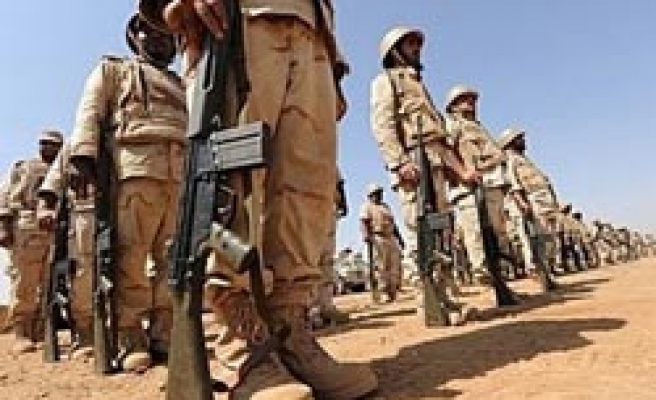 Saudi Arabia will raise wages for most of its army staff. At about $41 billion, military expenditure accounted for some 33 percent of the budget of the world's top oil exporter last year, according to the finance ministry's website.

A weekly cabinet meeting chaired by King Abdullah approved late on Monday a proposal to raise wages for all soldiers as well as senior officers such as generals and lieutenants.

Defence Minister and also Crown Prince Sultan did not attend the cabinet meeting.

The wage increase would be the second for the army since 2008 when Saudi Arabia offered state employees a 15 percent wage hike spread out over a three-year period.

The cabinet did not say when the raise would take effect and what was its percentage. The Defence Ministry's spokesman General Ibrahim al-Malek declined to comment.

The desert kingdom does not provide statistics on its military forces. Diplomats estimate various corps of the Saudi army to number a total of 175,000.

The rise in wages is likely to at least match the 5.1 percent inflation rate of 2009, said John Sfakianakis, chief economist at Banque Saudi Fransi.

"Wage increases in general have not matched the rises in inflation over the past few years and barely covered inflationary rates of the past five years," he said.

Saudi inflation climbed to a 17-month high of 6.0 percent year-on-year in July, well above rates seen in other Gulf Arab countries fuelled by rising food and housing costs.

Much of the army's budget is spent on salaries but a surge in oil receipts in recent years has raised the amount of funds available for the military and catered for more purchases of equipment and weapons.

The 2010 budget allocated 154.8 billion riyals ($41.28 billion) to national security and defence, unchanged from its level a year earlier, but almost twice its level in 2004.