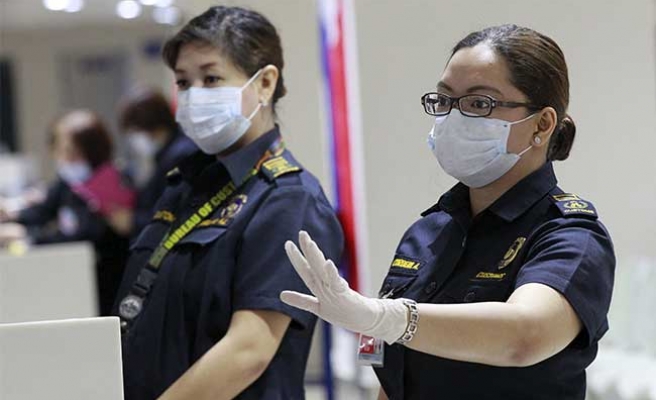 Philippine authorities confirmed Saturday that a Saudi national has died from the Middle East Respiratory Syndrome (MERS) corona virus on the archipelago.

Janette Garin, secretary of the Philippines’ Department of Health, told reporters in Manila that the patient had passed away on Sept. 29, without disclosing his identity.

"Aside from showing symptoms of MERS-CoV, the foreigner also showed indication of myocardial infarction, commonly known as heart attack," she said.

He was buried within 24 hours of his death, in accordance with Muslim tradition.

The 63-year-old Saudi national had exhibited symptoms such as coughing, high fever and chills on Sept. 26, according to Garin, before being admitted to a private hospital on Sept. 28.

The Department only received a report about the case on Sept. 29.

A MERS task force has already started tracing those the patient had contact with, including 55 hospital staff, 15 hotel staff and three funeral parlor employees.

According to the Department, all were found to be asymptomatic, with the exception of 12 health workers who were admitted to nearby institutes where their condition will be monitored for 14 days.

Garin reiterated that the public should be vigilant against the virus​.​

In February, a Filipina nurse returning back from Saudi Arabia had tested positive for MERS, but recovered from the deadly virus – which has a fatality rate of more than 40 percent in Saudi Arabia where it was first discovered in 2012.

More than two dozen countries have reported cases of MERS, including South Korea, the U.S., Britain, France and Germany.

South Korea confirmed its first case on May 20, since when the death toll has reached 36. On Thursday, its Health Ministry confirmed that the last patient who had previously been diagnosed with MERS had tested negative.