A suicide bomber driving a truck of firewood attacked a NATO base in central Afghanistan on Saturday afternoon. 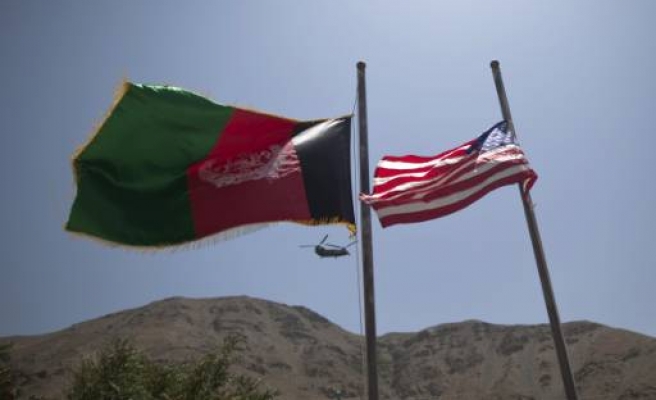 A suicide bomber driving a truck of firewood attacked a NATO base in central Afghanistan, killing four civilians and injuring 77 foreign troops, NATO and Afghan officials said on Sunday.

The Taliban claimed responsibility for Saturday's bombing, which came hours after the insurgent group slammed the United States for dragging Afghanistan into war following the attacks in the United States.

An 8-year-old boy was among those killed in the , the governor's office said in a statement. Fourteen civilians were also wounded.

None of the injuries to Afghans or foreigners were life-threatening, NATO-led International Security Assistance Force said in a separate statement about the bombing at a NATO combat outpost in Wardak province, about 50 km (31 miles) south of the capital Kabul.

"The majority of injured ISAF personnel will likely return to duties shortly," ISAF said in a statement, adding that although the entrance and perimeter wall of the base had been damaged, the barriers had now been repaired.

In a statement emailed to media, Taliban spokesman Zabihullah Mujahid said the truck used in the attack was packed with 9 tonnes of explosives and more than 100 foreign troops were killed or wounded.

Doctor Muslim, the governor of Sayed Abad district, said the blast had also badly damaged the buildings that house the district government, and his cook was among the dead.

"The blast was so powerful that it knocked me down from my bike," said Khan Mohammad, a farmer who was passing by at the time of the attack.

The windows and doors of more than 100 shops and houses were damaged in the explosion, the governor's office said.

"A big cloud of smoke rose to the sky and foreign troops' helicopters were landing and taking off in the base for more than five hours after the blast," said Abdul Karim, a shopkeeper.

Last month, insurgents shot down a helicopter in Wardak province, killing 30 U.S. troops, most of them elite Navy SEALs, in the deadliest attack on U.S. troops since the war began ten years ago.

Taliban in a statement issued hours before the truck bombing blamed the United States for causing bloodshed in Afghanistan.

"Each year, the 9/11 reminds the Afghans of an event in which they had no role whatsoever, but, using this as a pretext and a clout, the American colonialism shed blood of tens of thousands of miserable and innocent Afghans," Mujahid said.

Afghans have an "endless stamina for a long war", he warned and asked foreign nations to press the United States to stop attacking the country.

But U.S Ambassador Ryan Crocker at a ceremony to mark the anniversary of the attacks in New York and Washington said the United States will remain engaged in Afghanistan.

"We are and will remain committed to Afghanistan and the region. We are in this for the long haul. We are transitioning security responsibility to Afghan forces, but transition does not mean disengagement," Crockker said.

In July, foreign troops began the first phase of a gradual process to hand security control to Afghan soldiers and police. The handover is due to be completed by the end of 2014.

NATO troops remain in Wardak, the scene of the latest attack, which is not among the areas earmarked for transition in the initial stage.