India has never carried out a promise made more than six decades ago to hold a plebiscite that would determine the wishes of the Kashmiri people. 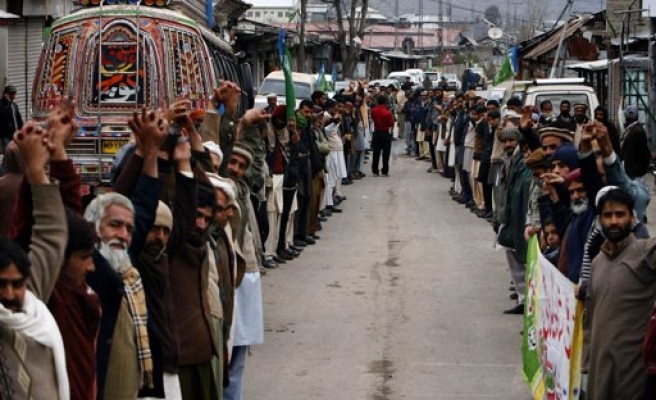 Kashmiri leaders have seized on Scotland's referendum on independence to demand that India follow through on a promise to grant a similar vote in the disputed Himalayan region.

Scotland was voting on Thursday on whether to split away from the United Kingdom in a ballot Kashmiri leader Mirwaiz Umar Farooq said was an example of how Kashmiris' demands for a say on their future could be solved peacefully.

"We hope India will also change its approach and realise the fact that people's rights can't be trampled upon," Farooq, the head Muslim leader on the Indian occupied Kashmir, where resistance against New Delhi's rule raged through the 1990s and resentment still runs high, said on Wednesday.

"It is encouraging that in a peaceful manner people will be deciding their future."

Kashmir has been divided between India and Pakistan since a war after independence from Britain in 1947, and the two nuclear-armed neighbours have fought two of their three wars over the territory.

India has never carried out a promise made more than six decades ago to hold a plebiscite that would determine the wishes of the Kashmiri people.

It now considers the entire region of snow-capped mountains and fertile valleys an integral part of its territory and maintains a massive military presence in "Jammu and Kashmir", its northernmost and only Muslim-majority state.

"A break-up of the U.K.? God forbid," she said. "I don't think any such possibility exists at the moment."

After a senior civil servant whispered in her ear, Swaraj corrected herself, commenting: "It is up to the people of Scotland to decide."

"India should learn lessons from U.K. and honour its commitment of granting right to self-determination to people of Kashmir," Geelani said.