Search ends for missing on Everest, some call for shutdown

The accident focused attention on the risks sherpas take and on overcrowding on Everest, where the number of fatal accidents has risen in recent decades, although it dropped last year. 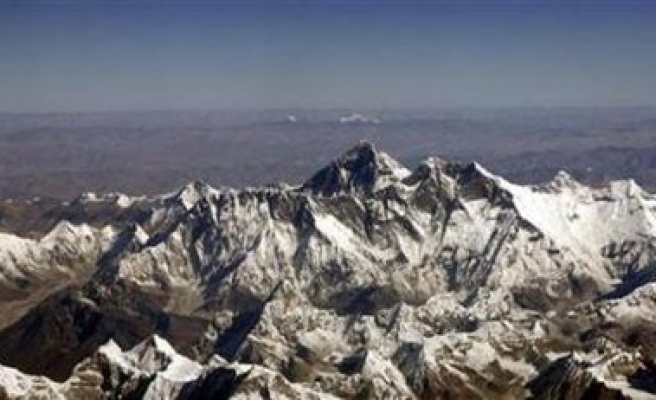 Rescuers have given up searching for three sherpa guides missing two days after the deadliest ever accident on Nepal's Mount Everest killed at least 13 and shocked the mountaineering world.

Snow and huge chunks of ice swept down the perilous and crevasse-riddled Khumbu Icefall on Friday as guides ferried supplies to upper camps for foreign climbers trying to reach the summit of the world's highest mountain.

Helicopter searches and teams scouring the area on the ground on Friday and Saturday found no sign of the missing men, who rescuers believe were knocked into crevasses or trapped under snow while preparing the route for climbers.

"We have called off the search operation. It not possible to find the three missing persons, dead or alive," said Lakpa Sherpa, of the Himalayan Rescue Operation, speaking from base camp, the starting point for Everest expeditions.

The helicopters used in the search and to ferry bodies from the mountain have been called back to Kathmandu, an army spokesman said. The official death toll remained 13 fatalities.

Rescuers brought six bodies from the base camp to Kathmandu at the weekend and have kept them at a sherpa Buddhist monastery in accordance with tradition. The rest were handed over to families in the Solukhumbu region where the accident took place.

"The bodies will be carried out from the monastery and cremated separately according to the sherpa tradition on Monday," said Ang Tshering Sherpa of the Nepal Mountaineering Association.

Sherpas are an ethnic group in Nepal and have helped foreigners climb the country's towering peaks since before Sherpa Tenzing Norgay and New Zealander Sir Edmund Hilary became the first to reach the top in 1953.

The accident focused attention on the risks sherpas take and on overcrowding on Everest, where the number of fatal accidents has risen in recent decades, although it dropped last year.

The government has issued 334 permits this season, up from 328 last year, with a similar number of guides assisting - and often doing precarious work fixing ropes and ladders to make the mountain safer for their clients.

Shocked and demoralized by the accident, several sherpa guides have called for the 8,850 metre (29,035 feet) mountain to be closed to expeditions during the popular climbing season that runs through May this year as a mark of respect for the dead.

"I would feel better if all the expeditions for this year are canceled because 15 to 20 people have been killed. It would be in respect for them. If all the climbing sherpas were to do this, it would solve the problem. Plus the Nepal government should try to convince the expedition team and trekking teams as well," said guide Jyagba Sherpa, speaking in Kathmandu.

Bhim Paudel of Himalayan Guides, a company that provides local logistics to foreign climbers and that lost six sherpas in the avalanche, said not all the guides agreed.

"(Some) feel that Everest should be given rest this year while others want to continue. No decision has been taken yet," Paudel told Reuters.

Some sherpas oppose closing Everest this season because the expeditions are their main livelihood, helping them make up to $5,000 a year in a country with an average annual income of just $700.

The government, for which expeditions are a main source of income, said it was up to the sherpas to decide.

"We have issued climbing permits. So we can't ask anyone not to climb. Likewise we cannot force any one to climb," Tourism Ministry official Tilakram Pandey said.