Ethnic tensions between Muslims and Buddhists in Myanmar understood to be factor in brutal slayings. 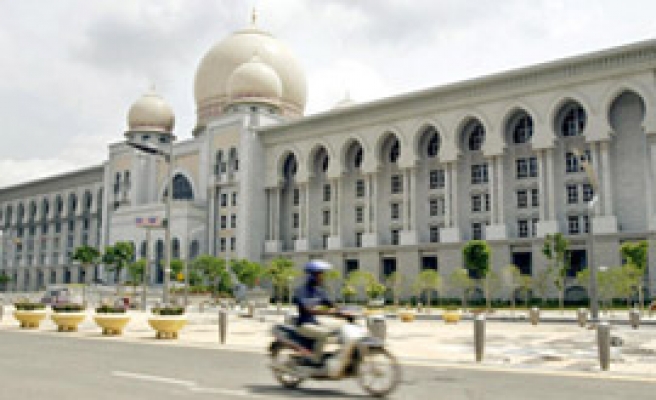 World Bulletin/News Desk
A second group of suspected murderers from Myanmar has been identified in the killing of countrymen in the Malaysian island state of Penang.

On the back of the arrests of seven other suspects, the murders had been linked to ongoing sectarian strife in Myanmar.

The new group is believed to have now gone into hiding on news police have linked them to the case.

Penang Police Chief Abdul Rahim Hanafi told reporters Thursday that news of the new group arose after investigators pieced together leads following the discovery of a body of a foreigner with multiple stab wounds in a Penang park on Monday.

"Based on this case, we believe there is another group that is linked to the killings," he told a press conference.

Police Thursday released the identities of two Myanmar men who they suspect of involvement in the case - a Mohd Yahyar Khan Mohd Rafie, 42, and a man thought to be in his 20s who goes by the name of Lokman.

"I am convinced that there is one more group of Myanmar nationals who were behind the killings in Penang," Hanafi added.

Authorities had officially linked the previous murders of 23 Myanmar nationals to ongoing sectarian strife in Myanmar following the arrests of the seven men.

The killings all occurred in Penang state over the last 11 months and involved Myanmar nationals aged between 20 and 40. Most victims were found at isolated spots, without documents. The bodies, some of which showed signs of torture, were identified by friends or relatives.

Since 2012, hundreds of Myanmar's Arakan Muslims (Rohingya) - recognized as one of the world’s most persecuted minorities by the UN - have been slain and 140,000 made homeless in sectarian violence perpetrated by Buddhist extremists in Rakhine state.

Many have been forced into squalid camps or paid huge sums to traffickers to flee Myanmar for Thailand, Malaysia or Australia.

The Malay Mail has reported that the main suspect had confessed to three murders. The newspaper cited a police source as saying the man was a Muslim from Rakhine state in Myanmar.