Southern China was lashed by its second typhoon in a week, with shipping and flights disrupted by heavy rain and strong winds. 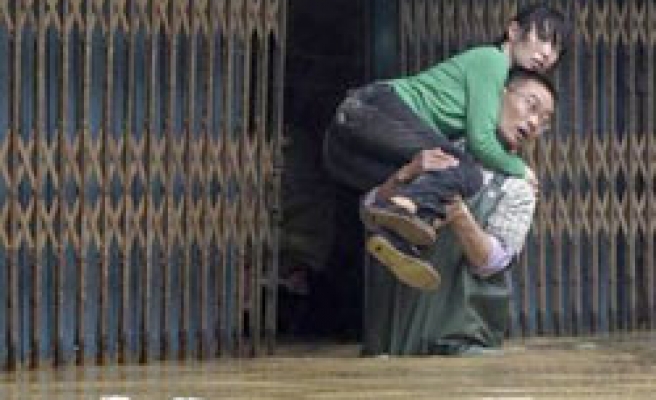 Southern China was lashed on Thursday by its second typhoon in a week, with shipping and flights disrupted by heavy rain and strong winds, state media said.

Chanthu was upgraded from a tropical storm after gathering strength over the South China Sea.

It hit the Leizhou Peninsula in Guangdong province, close to the northeastern tip of the resort island province of Hainan, in the early afternoon, the official Xinhua news agency said.

Shipping between Hainan and the mainland had already been suspended and dozens of flights cancelled, Xinhua added. More than 26,000 fishing boats are also taking shelter in Hainan ports.

The government has warned people to stay inside and shut doors and windows.

At least 701 people have died since the start of the year as a result of torrential rains which have swept large parts of southern and central China, and another 347 are missing, the government said on Wednesday.

The scale of the devastation, with more rain forecast, has raised fears of another mass disaster on the scale of the 1998 Yangtze River floods, when more than 4,000 people died, though the government says it is now much better prepared.

Premier Wen Jiabao, in comments published in Chinese newspapers on Thursday, said the situation was serious and called for greater disaster prevention efforts.

"The country is now at a crucial stage in fighting the floods, with water levels on the Yangtze River, Huai River and Tai Lake surpassing safety limits. The situation is very serious as typhoons are coming," Wen said.