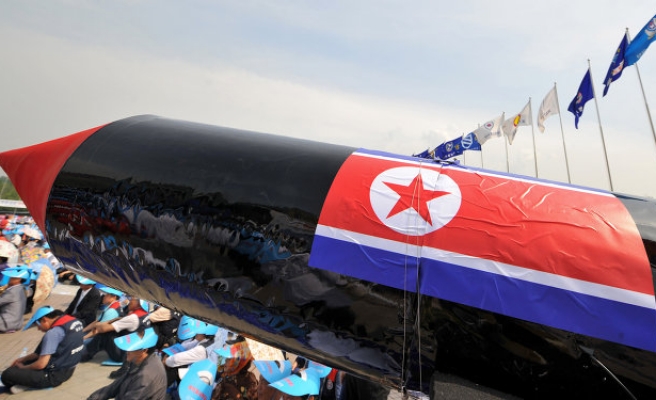 South Korea is not about to launch a naval blockade with the United States against North Korea, according to Seoul’s Blue House presidential office Friday.
The idea of a naval blockade was seemingly endorsed by Defense Minister Song Young-moo when addressing lawmakers in the wake of the North’s latest intercontinental ballistic missile (ICBM) test on Wednesday.

Pyongyang heralded the launch as the completion of its nuclear force capable of striking anywhere in the U.S.

“The issue of a naval blockade was never mentioned in the phone call with President Trump,” a Blue House official told reporters, according to local news agency Yonhap.

The official reportedly insisted there was no mention of “military steps” between the two leaders.

“The government does not think that North Korea's latest test demonstrated full capability for an ICBM, including the re-entry technology and a precision guidance system. Seoul does not view the North as crossing the red line,” Lee Eugene, vice spokesperson for the ministry, was also quoted as saying by Yonhap on Friday.
Last Mod: 02 Aralık 2017, 00:32
Add Comment