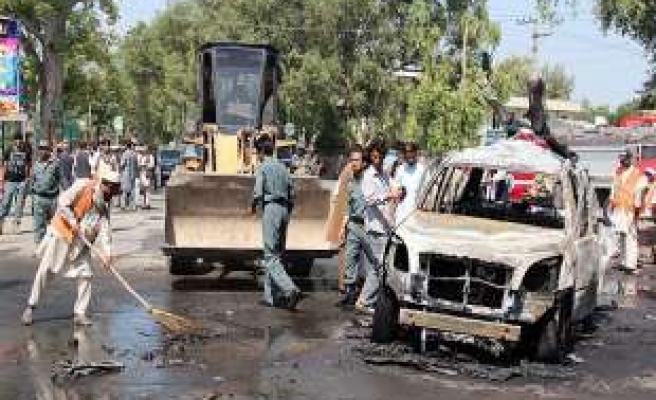 Seven soldiers have been killed by a roadside bomb in Afghanistan's western Farah province on Sunday.

The bomb exploded as a military convoy was traveling in the Del Aram district of Farah city, Defense Ministry spokesman General Zahir Azimi said in a written statement.

Azimi blamed the attack on the Taliban, who have not yet claimed responsibility.