Seven dead in China as car drives onto sidewalk

A car drove onto a sidewalk in southwest China on Tuesday, killing seven people and injuring another four, police said, days after another driver deliberately rammed into schoolchildren in the country's northeast. 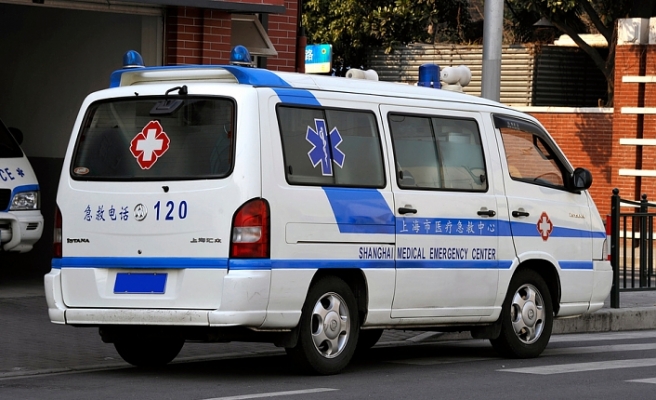 The driver has been detained and the cause of the incident in Leshan, a city in Sichuan province, is under investigation, police said in a statement.

The injured have been taken to hospital for treatment, the statement said.

According to official news agency Xinhua, the vehicle rushed onto the sidewalk and hit a bus stop in the morning.

The crash came just five days after a driver hit a group of schoolchildren crossing the street in Huludao, a city in northeast Liaoning province.

Five children were killed and another 19 were injured after the driver "chose his victims at random", according to Xinhua, which cited police.

The driver, a 29-year-old unemployed Liaoning resident, was contemplating suicide "due to quarrels" with his spouse before he drove his car into the children, Xinhua reported on Friday.

Deadly road accidents are common in China, where traffic regulations are often flouted or go unenforced.

According to authorities 58,000 people were killed in accidents across the country in 2015 alone.

Violations of traffic laws were blamed for nearly 90 percent of accidents that caused deaths or injuries that year.

Earlier this month, at least 13 people died when a bus plunged off a bridge in Chongqing municipality, after the driver got into a fist fight with a passenger who had missed her bus stop.

Search and rescue teams dispatched more than 70 boats, as well as a team of scuba divers and underwater robots, to find the wreckage and retrieve bodies from the water.

In September, 11 people died and dozens were injured when a car struck a crowd in a public square in the central Hunan province city of Hengdong.

Police detained the driver, a man in his 40s, and described him as a "vengeful repeat offender" who had daggers in his car and intended to "cause serious damage".

In February, a van packed with pressurised gas tanks and petrol-filled bottles caught fire and ploughed into pedestrians in Shanghai, leaving at least 18 people injured.

Authorities concluded that it had been a "traffic accident".

But a 2013 incident was blamed on militant separatists.

Two tourists were killed at the time when a car rammed into bystanders in Beijing's iconic Tiananmen Square before bursting into flames.

Three attackers also died in the incident, which Beijing blamed on separatists from the restive western region of Xinjiang.