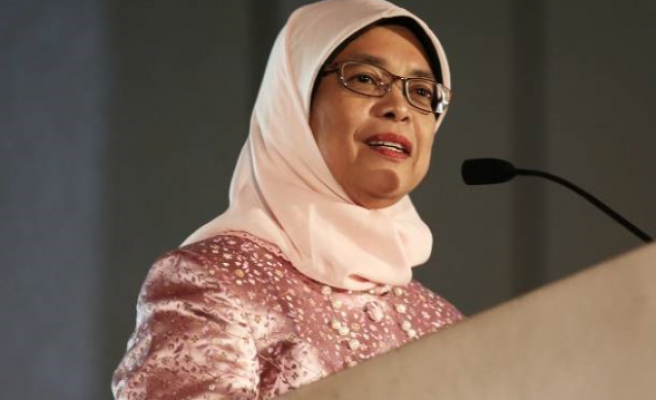 "Countries like Indonesia, Malaysia, Brunei, or Turkey will be better at looking at Singapore," he said.

Indonesia, which was also led by a female president in 2001-2009, congratulated Singapore over Yacob's election.

International Relations Observer from Gadjah Mada University Muhadi Sugiono said that 63 years old Yacob is expected to be a figure that opens spaces for ethnic and religious equality in the Merlion country.

Despite a lot of hope for her, he said, the election of Muslim women from ethnic Malays is controversial.

Yacob became the only candidate considered by the local election commission to fulfill the terms of following the presidential election. While the other two failed candidates are Farid Khan and Salleh Marican. Thus, she was appointed as president without going through democratic elections.

Sugiono said this will be an obstacle for Yacob because acclamation elections are often seen as non-reflective of democracy and minimal legitimacy of citizens.

"It may be an obstacle to the legitimacy of Halimah Yacob," Sugiono, who is also a lecturer at the Department of International Relations of Gadjah Mada University.

Through social media, Singaporeans expressed outrage over Halimah's presidency using the hashtag #NotMyPresident, the tagline that was also used after Donald Trump was elected president of the United States last year.

Nevertheless, Halimah's election in the long run is predicted as a pioneer for other ethnic groups outside of Chinese, who want to be the number one in the country.

Political contestation in Singapore, according to Muhadi, will be healthier in the future. "I think it's not impossible because Singapore is basically a democratic country, despite its limitations," said Sugiono.

Singapore established a presidential system to promote multicultural inclusiveness in the governance hierarchy by establishing candidates from the Malay community who can run for this year.

Singapore has four ethnicities: China, Malay, India and "Others".

The position of the President of Singapore is ceremonial but much stronger than the ceremonial presidency in another country.

The President of Singapore has the right to veto the state finances and state budget, the appointment of public officials such as the Chief of the Supreme Court, the Attorney General, the Commander of the Armed Forces.

Since being named as the only candidate in the presidential election, local mass media reveal Yacob's background.

She is the youngest of five brothers, born August 23, 1954. Being an orphan since the age of eight, Halimah lives in a one-room apartment with her four brothers. His mother sold tradisional food "nasi padang" to support Halimah and her brothers.

Until now, Yacob has remained in a flat house in northern Singapore with her husband, Mohamed Abdullah Alhabshee. They have five children.

She successfully studied at the Faculty of Law of the University of Singapore and then received a scholarship from the Islamic Religious Council of Singapore.

Before entering politics, Yacob began her career in the legal division of the National Trades Union Congress in 1978. She was heavily involved in the struggle for the rights of the workers.

It was in the organization that Yacob was elected Deputy Secretary General, which then paved the way for her to be a politician. She began her career as a politician in 2001, as the first Malay woman to become a member of parliament.

Before Yacob, the ethnic Malay who first became President of Singapore was Yusof Ishak. He took office in early independence on 9 August 1965, after the country broke away from Malaysia.