The attack has taken place in the province's Spin Boldak town, some 500 kilometers south of the capital Kabul. 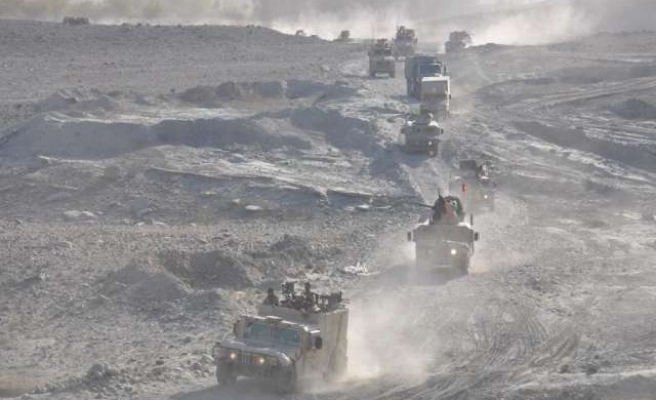 World Bulletin / News Desk
Six people, including two militants, three civilians and a policeman were killed, and 10 others were injured in an attack on security forces in Afghanistan`s southern Kandahar province Thursday, an official said.

Ahmad Zia Durani, provincial police spokesman, said that the attack began with two people got injured when an explosives-laden motorbike detonated at a crowded bus station in the province's Spin Boldak town, some 500 kilometers south of the capital Kabul.

When security forces and paramedics rushed to the scene, two assailants wearing suicide vests and police uniforms opened fire on security personnel that resulted in the death of three civilians and a police officer. Eight policemen were also injured in the incident. Police managed to kill the attackers before they could blow their explosives after a 20-minute gunbattle, Durani told AA.

On Feb. 16, at least six policemen were killed in an ambush in Kandahar province. Also Monday, a coordinated attack by Taliban suicide bombers and gunmen on a police headquarters in Logar province left at least 20 policemen dead and over two dozen others injured.