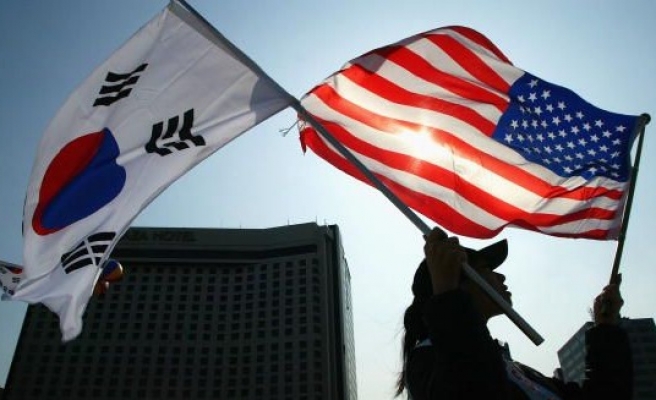 Trump told advisers to get ready to pull out of the Seoul-Washington pact last month, having repeatedly argued the FTA is skewed in favor of South Korea.

Following a deadlocked August meeting in Seoul, trade officials reached a breakthrough when they met in Washington Wednesday local time.

"The two sides shared an understanding of the need to amend the free trade agreement to further strengthen the mutual benefits of the Korea-U.S. FTA," Seoul’s Trade Ministry announced in a statement carried by Yonhap News Agency.

In practical terms, that means South Korea will have the chance to prepare for negotiations by officially carrying out a study, convening hearings and reports to lawmakers. From the American side, the government must alert Congress to any negotiations 90 days before they start.

Ironically, the FTA was only ratified by South Korean politicians in late 2011 amid fierce opposition from a liberal camp that is now the ruling Democratic Party – and the alliance faces a delicate future given strong economic pressure from China on how best to respond to North Korea’s ongoing nuclear threat.

Trump will be hoping to cut a US$27.7 billion goods trade deficit with the South under new terms, while protecting his country’s $10 billion services surplus.

Supporters of the FTA argue the U.S. would have been worse off without the deal, and that South Korean investment under the agreement has already created 45,000 American jobs.

“Over the long term, we expect to see balanced, economic benefits to both countries based on the South Korea-U.S. FTA,” Seoul’s ministry added ahead of the next trade meeting planned for next month when Trump heads to South Korea for the first time as president.