S.Korea PM remains despite offer to quit over ferry disaster 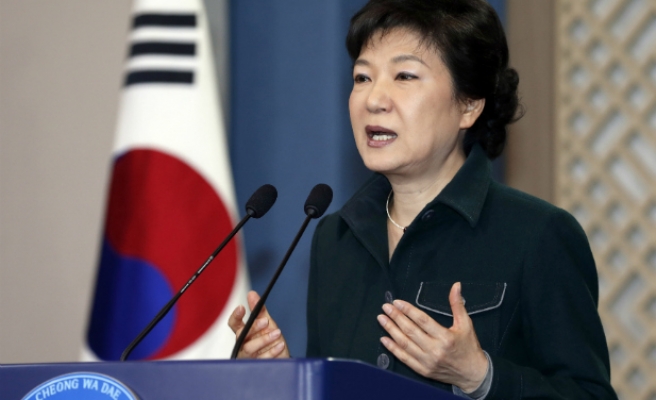 South Korea’s seemingly impossible job was filled Thursday – by the man whose offer to resign prompted the search in the first place.

President Park Geun-hye decided Thursday to retain Prime Minister Chung Hong-won, despite him expressing his willingness to step down back in April.

Chung had taken responsibility for the government’s failure to prevent and handle the April 16 Sewol ferry disaster – which left more than 300 people dead or still missing.

Initially the president had responded by asking Chung to stay in his post until the disaster had been brought under control, as she began a series of sweeping reforms including a Cabinet re-shuffle.

But the failure of two subsequent candidates to meet approval led to a growing sense of frustration in the country over the process to select an effective second-in-command.

Senior presidential press secretary Yoon Doo-hyun told reporters on Thursday that Park “could not leave the situation as it is.”

Park’s decision was described as “agonizing” – though the country’s main opposition party immediately questioned the move.

Joint head of the New Politics Alliance for Democracy (NPAD), Ahn Cheol-soo, told reporters of his doubts in the ability of the current prime minister to help lead promised reforms when he had already taken responsibility for the Sewol disaster.

The NPAD had also been instrumental in mounting pressure upon Park’s candidates to succeed Chung Hong-won.

The most recent of the nominees, former journalist Moon Chang-keuk, withdrew on Tuesday following intense media coverage of comments he had made in the past – the NPAD accused him of being pro-Japanese.

Last month former Supreme Court judge Ahn Dae-hee ruled himself out of contention over claims about his post-retirement earnings.

Amid criticism of the Park administration’s nomination process, the government also announced the launch of a new senior presidential secretary office for personnel affairs to more efficiently vet candidates in the future.