S.Korea to strengthen ties with Iran 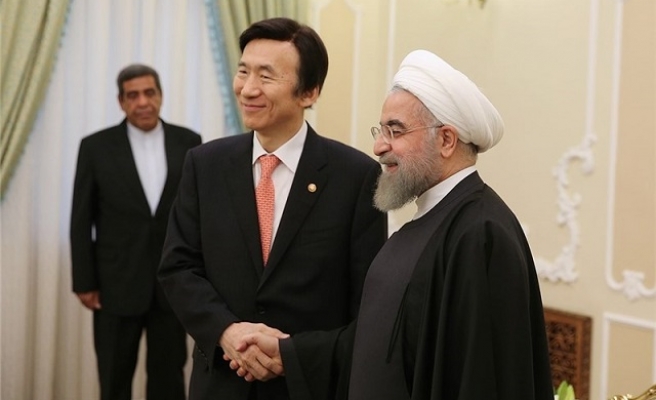 South Korea and Iran have pledged to bolster bilateral ties, according to Seoul’s Foreign Ministry Sunday, after they were forced to scale back trade links in recent years under United States-led sanctions.

The announcement came after the first official trip by a South Korean foreign minister to Tehran in 14 years, which was all the more significant considering Seoul’s close alliance with the U.S. and Iranian relations with North Korea.

The ministry informed local media that both sides recognized the importance of this opportunity to strengthen cooperation.

Seoul relies on imports for its energy needs in the absence of significant natural resources at home -- South Korea is, for example, the world’s fifth-largest importer of crude oil.

Even though Tehran’s sanctions are yet to be lifted, the South’s influx of Iranian crude leapt 43 percent in September.

Yun also reportedly expressed his view that July’s deal shows how dialogue might lead to a nuclear breakthrough with North Korea.