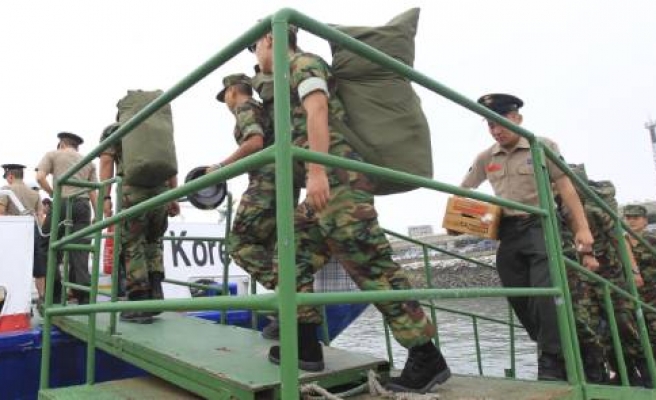 South Korea's military said on Tuesday it will upgrade charges against four soldiers to homicide for the abuse of a fellow conscript that lead to his death in a case that shocked the country over violence in the military.

The military has been accused of a cover-up and for trying to close the case after putting the four on court-martial on charges of involuntary manslaughter before a human rights group exposed details of the case in July.

Military commanders have pledged to reform the armed forces and the treatment of conscripts who serve mandatory two-year terms to dispel criticism after a series of deadly incidents.

In the latest case, the victim, identified as Private First Class Yoon, suffered weeks of physical abuse and died in April after collapsing and choking after a beating by the four accused soldiers in his unit.

A military prosecution official handling the case told reporters the four soldiers accused of abusing Yoon beat him despite knowing that he had become extremely weak.

Photos of Yoon's body covered with bruises and scars prompted a public outcry and President Park Geun-hye called for the military to correct a culture of violence that has made parents afraid to have their sons serve.

The Defence Ministry recently announced a set of measures including allowing family visits on weekdays and improving conditions at barracks.

The South Korean military has about 630,000 active duty soldiers, many of them conscripts, aimed at deterring aggression from North Korea, which is one of the world's most militarised states.

North and South Korea have been technically at war since their 1950-53 conflict ended in a truce, not a peace treaty.