Urging improved communications, the IISS noted that India and Pakistan had not engaged in significant nuclear risk-reduction talks since 2007. 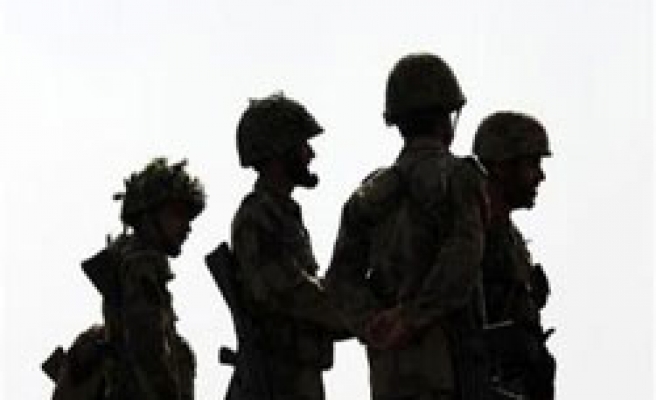 An arms race in South Asia and Pakistan's development of tactical "battlefield" nuclear weapons are increasing the risk of any conflict there becoming a nuclear war, the International Institute for Strategic Studies (IISS) said on Thursday.

Noting that Pakistan looks set to overtake Britain as the owner of the world's fifth-largest nuclear weapons stockpile, it urged India and Pakistan to improve their communications to avoid any fatal misunderstandings during a crisis.

"The continuing expansion of Pakistan's and India's nuclear capabilities ... create ever greater concern about an intensifying nuclear arms race in South Asia," the IISS said in its annual strategic survey.

Both India and Pakistan have brushed off Western concerns about their nuclear arsenals in the past, saying their only purpose is deterrence.

India signed a nuclear deal with the United States in 2005 effectively recognising it as a nuclear weapons state.

Tactical nuclear arms - which can be used at close range on a battlefield - can increase the chance of an escalation, particularly if generals feel forced to use them to avoid them falling into the hands of advancing enemy troops.

India has said it will never start a nuclear conflict but has threatened a massive retaliation if Pakistan fires first.

Deployed against an invading army, tactical nuclear weapons would cause serious radiation damage to any country that used them - a major reason why NATO countries eventually abandoned them as a counter to any Soviet advance during the Cold War.

"In such a scenario, parts of Pakistan's densely populated agricultural heartland could become a nuclear wasteland," the IISS said in an essay which gave unusual prominence to the South Asian arms race in the annual report.

Urging improved communications, the IISS noted that India and Pakistan had not engaged in significant nuclear risk-reduction talks since 2007.

And in contrast to relative strength of communications between the United States and the Soviet Union during the Cold War, no serving head of the Indian army had met his Pakistani counterpart since 1949.

India and Pakistan both publicly said they had tested nuclear weapons in 1998.

The two countries came close to war in 2001-2002 after an attack on the Indian parliament which India blamed on militants based in Pakistan.

Relations have been relatively stable since then - a ceasefire agreed in 2003 on the Line of Control in occupied Kashmir has mostly held, even after the 2008 attack on Mumbai by militants which killed 166 people.

Tensions, however, have been rising again amid uncertainty in the region ahead of the withdrawal of most foreign troops from Afghanistan in 2014.

India's foreign minister is due to hold talks with his Pakistani counterpart in Bishkek on Friday ahead of a possible meeting between their prime ministers on the sidelines of the United Nations General Assembly later this month.