South Korea's foreign minister has resigned over accusations of nepotism involving his daughter, sources at the president's office and ministry said. 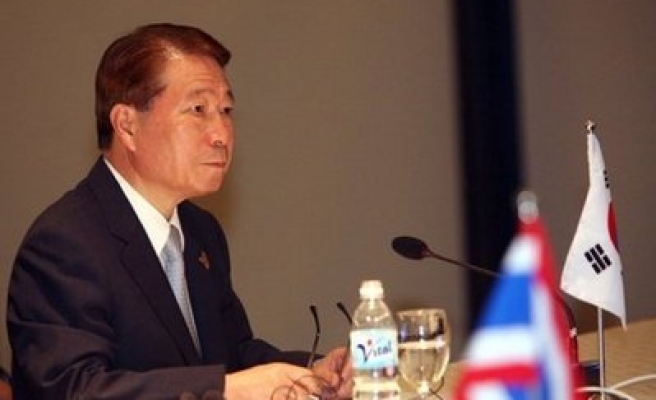 South Korea's foreign minister has resigned over accusations of nepotism involving his daughter, sources at the president's office and ministry said on Saturday, the latest senior official to step down because of scandal.

The resignation of Yu Myung-hwan, 64, comes a week after President Lee Myung-bak's prime minister-designate and two other ministerial nominees stepped down amid allegations of corruption.

"The foreign minister has resigned to accept responsibility for all the commotion caused by the ministry employing his daughter," said a presidential source who spoke on condition of anonymity.

It was not immediately clear who would replace him.

Yu's resignation is not expected to affect South Korea's foreign policy priorities that are focused on cementing close ties with Washington, and isolating North Korea following the torpedoing of a South Korean naval ship in March that resulted in the death of 46 sailors.

Seoul, with the backing of Washington, blames the attack on Pyongyang. North Korea denies responsibility and said it wants to return to long-stalled multilateral talks.

South Korea's nuclear envoy told reporters in Washington Friday that a return to talks with North Korea was "premature".

Yu unexpectedly apologised for the controversy surrounding his daughter at the foreign ministry on Friday. President Lee Myung-bak's response to Yu's offer to resign was terse.

"I got it," Lee was quoted as saying by a presidential source.

Lee has suffered public criticism for his choice of officials but also for pardoning business leaders convicted of crimes.