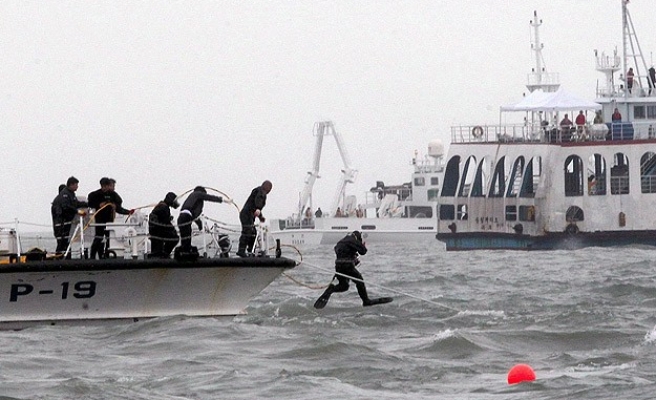 A former admiral has been picked to lead a new safety agency following the disbandment of South Korea’s Coast Guard in the wake of the Sewol ferry disaster, the office of President Park Geun-hye said Tuesday.

The nomination of Park In-yong, the former deputy head of the military's Joint Chiefs of Staff, comes seven months after the Sewol sank off the country’s southwest coast, claiming the lives of hundreds of school children among 295 dead and nine still missing.

Presidential spokesperson Min Kyung-wook told reporters that Park’s military experience made him the right person to lead the National Safety Agency, which will incorporate more than 10,000 staff including emergency workers.

The president has in recent months vowed to reform safety in South Korea, where a series of public tragedies this year have intensified public anger over corruption and lax regulation.

In addition to the April 16 Sewol tragedy, dozens more lives have been lost since February when a roof collapsed under heavy snow at a student gathering, followed by high-profile fires and last month a ventilation grate gave way beneath audience members at an outdoor concert.

A bill was passed by the National Assembly earlier this month to dismantle both the National Emergency Management Agency and the Coast Guard, which was heavily criticized for its slow response to the Sewol disaster.

The new safety agency is responsible for maritime security while another will handle disaster management.

The presidential office also confirmed Tuesday that Lee Song-ho, a vice minister for security and public administration, would be the new agency’s No 2. Lee was praised for his role in a commando operation that rescued 21 crew members from Somali pirates in 2011, the Yonhap news agency reported.

The National Safety Agency is set to begin operations Wednesday.