No lives were lost in the April incident in Valencia but the blaze left the area around the town blackened and scorched. 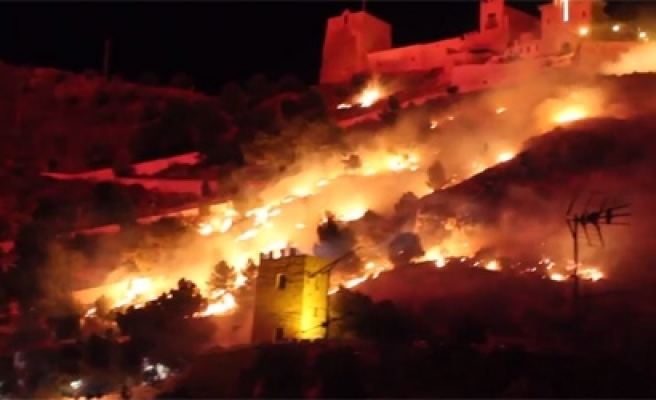 The mayor and the councillor for public celebrations of a town in eastern Spain have been charged with setting off an illegal fireworks display which resulted in a massive hillside blaze.

Members of Spain’s ruling Popular Party, Ernesto Sanjuán and Andreu Piqueras were accused of using fireworks on April 26th in an area of Cullera (Valencia) where it was prohibited due to a ‘Level 3 Pre-Emergency Fire Risk’ classification.

Despite the ban, the town hall decided to go ahead with the fireworks display to mark the beginning of a local public holiday, with results even more spectacular than anticipated.

No lives were lost in the incident but the blaze left the area around the town blackened and scorched.

After the unfortunate event, ecological groups and other political parties were quick to point the finger at the organizers.

According to Spanish daily 20 Minutos, Lluís Torró, EUPV (Valencian Community United Left) member of Valencia’s regional parliament described the decision to go ahead with the fireworks display as “intolerable” and “gravely irresponsible”.

Juan Ponce, spokesperson for local green and left-wing party Coalició Compromís (Compromise Coalition), called out to the mayor saying “Sanjuán has endangered the lives of many people, causing an ecological disaster from which it will take decades to recover."

Charges were filed against the two politicians by EUPV and Coalició.

According to the Spanish edition of The Huffington Post, due to ‘evidence’ that they had ‘full responsibility’ for authorizing the fireworks the public prosecutor has instructed the judge to consider charging the men with the serious crime of ‘negligent arson’.

It was confirmed by the Local emergency services that a fax was sent to the organizers informing them that they were not allowed to set off the fireworks due to the level 3 pre-emergency fire risk status that day.

The case is due to be heard on July 14th.