Spotlight on Islam in Japan after ISIS killings

Muslim minority in Japan has not known intolerance 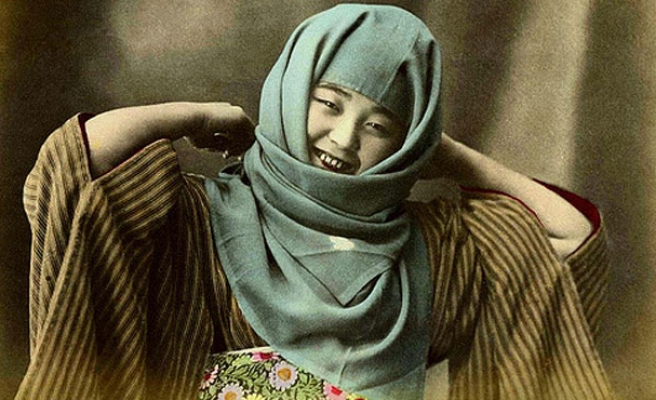 The murders of two Japanese nationals by the ISIS has highlighted the position of Islam in Japan, a country that before the early 20th century was a deeply isolated land.

But the appearance of Tokyo-based imams speaking out to condemn the killings of Haruna Yukawa and Kenji Goto has woken awareness of Islam in a country where most of the population follows Buddhism or Shintoism.

In particular, it has demonstrated the tolerance displayed by Japanese towards Muslims -- a level of tolerance often lacking in other countries where Muslims form a minority.

"The people are open to Islam," Musa Omar, the executive director of the Islamic Center Japan in Tokyo, said in an interview with the Japan Times. "Whatever prejudice they may have, they get from the West."

Among a population of 127 million, Muslims are thought to number around 100,000. There are an estimated 200 mosques around the country, many set up in former private homes. The oldest, in Nagoya, was built in 1931 while the largest is the Ottoman-style Tokyo Camii.

The religion was properly established in Japan around this period but contact with Muslims reaches back to the 8th century and trade missions in the late 19th century secured ties with the Ottoman Empire. Indian merchants and Malay sailors were a regular sight in Japan’s ports around this time.

Today, university cafeterias, hotels and restaurants offer halal meal choices and there are prayer rooms at airports and on company premises, as well as more than 100 Islamic associations.

In 2013, Prime Minister Shinzo Abe spoke of the "unbroken bond" between Japan and the Muslim world.

Largely this is due to an economic influx of visitors -- tourists, exchange students and workers -- from Pakistan, Malaysia and Indonesia during the 1980s. Some later married Japanese nationals and became permanent residents.

However, there are concerns the videotaped killings of Yukawa and Goto will undermine this harmony.

"By seeing videos that created fear in them, they could have unconsciously gained a negative impression of Islam," Ryoichi Matsuno, a media psychology professor at Chuo University, told the Asahi Shimbun of his students.

Psychiatrist Rika Kayama told the newspaper the tactic of killing hostages without attempting to negotiate made Japanese feel that communicating does not work.

She said: "Japanese society has placed importance on the stance of respecting others’ opinions. I am concerned that that will be lost."

Last weekend, Muslims gathered at the Japan Islamic Trust in Tokyo to pray for the safety of Goto but the prayer session turned into a memorial service as news of his death spread.

Pakistani Muslim Haroon Qureshi, the general secretary of the Japan Islamic Trust, expressed his grief. "It's extremely regrettable," he said, quoted in the Mainichi Shimbun. "We have worked for the release of Goto and another hostage Haruna Yukawa."

Japan had not been caught up directly in the fight against ISIS until the hostage crisis unfolded last month, with support for the U.S.-led coalition limited to financial and humanitarian aid.

But following the latest killing, graphically depicted in a video that also carried a threat to Japanese nationals around the world, the country is re-evaluating its response to terrorism and has already introduced new security measures at potential targets such as airports and embassies, and schools abroad.

On Tuesday, Chief Cabinet Secretary Yoshihide Suga said the government had convened a meeting on counter-terrorism. In particular, the government is eager to ensure the 2020 Tokyo Olympics is not affected.

The crisis has also underlined calls for Japan to boost its military projection abroad, with the country’s Self-Defense Forces currently restricted by the post-World War II pacifist constitution.

Foreign Minister Fumio Kishida or one of his deputies could attend an international anti-terrorism meeting on Feb. 18 and 19 in Washington D.C., the government said Monday, as Japan seeks to boost coordination with other countries.

The meeting was proposed in the wake of the Charlie Hebdo attack in France and Japan was not previously planning to attend.

Amid the calls for a robust response to the crisis, Japan’s Muslims remain confident in the benign nature of the Japanese.

Egyptian imam Mohsen Bayoumy, who is based in Ibaraki, recalled recently how, following the Sept. 11 2001 attacks on America, his mosque received telephone calls denouncing Islam.

Bayoumy told the Japan Times he would talk calmly to the callers. "We have nothing to hide," he would say. "Please come here and talk with us."

He added: "Allah orders us to have good relations with families and neighbors… Respect as friends creates a peaceful society."