﻿Clashes between Buddhists and Muslims in southern Sri Lanka have left three people dead and at least 78 others seriously wounded, the justice minister said on Monday. 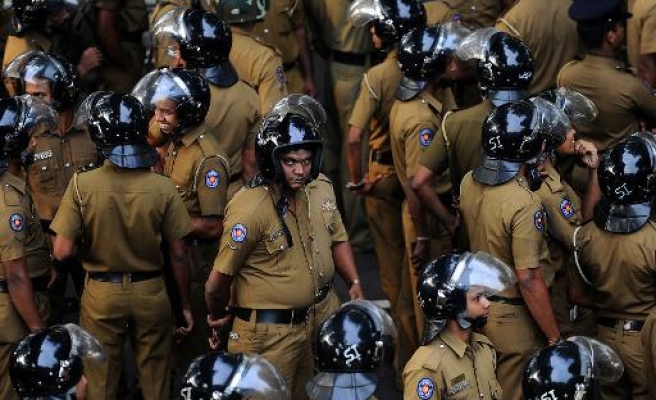 Sinhalese Buddhist nationalist group Bodu Bala Sena, addressed by their Secretary-General Galagodath, said the Gnanasara razed a number of Muslim-owned homes and businesses in the popular tourist town of Alutgama, prompting the police to impose a curfew.

Authorities said the curfew would stay in place for a second night running in Alutgama and the neighboring resort of Beruwala, a predominantly Muslim region.

Although police fired teargas and imposed a curfew, they were unable to prevent several dozen shops and homes being attacked.

Local Muslims have accused the police of failing to protect them when followers of the extremist Buddhist Force - better known as BBS - started setting fire to businesses on Sunday evening.

Eyewitnesses say that Buddhist hardliners pelted stones at the Mosque in Dharga town and mobs set fire to several shops owned by Muslims.

Nationalist Buddhist groups have in turn accused religious minorities of wielding undue political and economic influence on the island.

As sad as this is, the police have not caused death.