Rajapaksa moved towards solidifying his hold on power when the supreme court ruled constitutional changes would not have to go to a referendum. 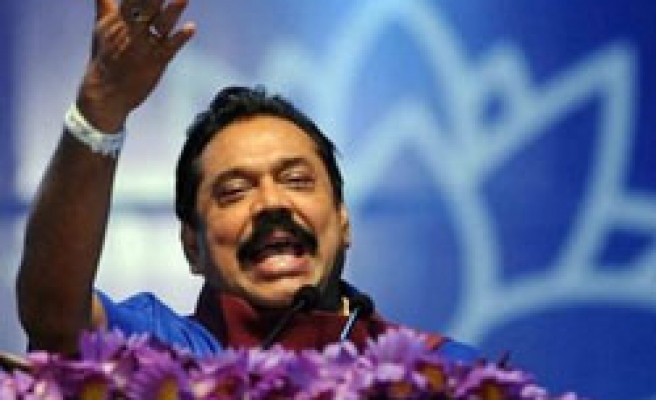 Sri Lankan President Mahinda Rajapaksa moved closer to solidifying his hold on power on Tuesday when the supreme court ruled proposed constitutional changes would not have to go to a referendum.

That means the proposed 18th amendment only requires assent by two-thirds of the 225-member parliament. Rajapaksa has secured the necessary votes by engineering a series of opposition crossovers to complement his ruling alliance's sizeable majority.

The amendment, which has triggered robust protest from the opposition, would allow Rajapaksa to contest another term and replace a 10-member constitutional council, designed as a check on the president, with a five-member panel that has no veto power and only two opposition members.

The Colombo Stock Exchange has gained 5.1 percent since Rajapaksa's cabinet approved the 18th amendment on Aug. 30 and referred it to the supreme court to ensure consistency with the existing constitution.

"There are no clauses which need a referendum under the constitution," Speaker Chamal Rajapaksa, the president's brother, told parliament. "This should be passed though a special majority."

Parliamentarians from the main opposition United National Party (UNP) walked out of the chamber in protest. Many wore black in symbolic protest against an amendment many critics say has pushed Sri Lanka away from democracy toward dictatorship.

"We don't want to be contaminated by this undemocratic act," UNP leader Ranil Wickremesinghe told reporters after declaring his party would boycott the amendment debate on Wednesday.

He and other UNP legislators sat down in protest outside the parliament and burned copies of the amendment.

Thousands of members of the Janatha Vimukthi Peramuna (JVP), an opposition Marxist party which led two bloody insurrections in 1971 and 1988-89, marched towards parliament in protest.

"Why are these amendments needed? It's to spread the family authority and to drive the country towards dictatorship," JVP leader Somawansa Amarasinghe told reporters. "They are trying to get it passed by two-thirds through bribery and by force."

The fractured opposition, beset either by weakened popularity or a stubborn leadership struggle in the case of the UNP, has in practice presented little resistance to Rajapaksa.

The president has parlayed last year's victory over the Tamil Tiger separatists after three decades of war into re-election to a second term in January and a landslide for his United People's Freedom Alliance party in parliament in April.

However, critics accuse Rajapaksa of stifling dissent, jailing opponents, showing scant respect for rule of law, and of reneging on a pledge to cut presidential powers which give almost total control of the Indian Ocean nation's government.

Those were put in place in 1978 by President J.R. Jayawardene, whose UNP then had a five-sixths parliamentary majority. Analysts have blamed that constitution for contributing to the JVP and Tamil Tiger insurrections by failing to address the rights of the poor and minorities.