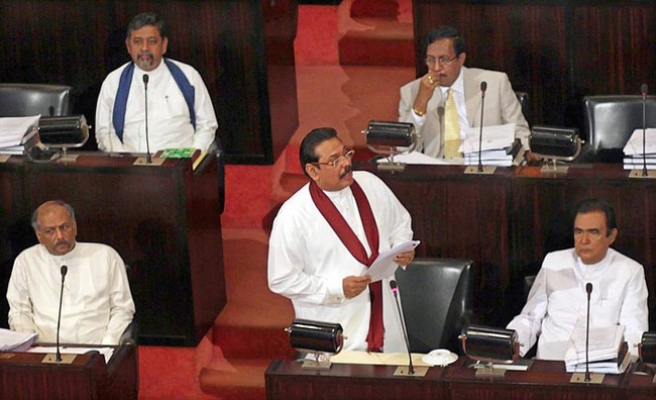 Sri Lanka is reconsidering the outright transfer of a parcel of land to China under a $1.5 billion port city deal signed by a previous government, the energy minister said, amid concerns it could be used for Chinese naval activity.

China's port and other infrastructure investments in Sri Lanka are under the scanner ever since former president Mahinda Rajapaksa lost power in an election last month. He had pursued close ties with Beijing, drawing neighbouring India's ire.

Under the plan, 108 hectares of land next to the main commercial port of Colombo would be taken over by China Communications Construction Co Ltd, including 20 hectares on an outright basis and the rest on a 99-year lease.

The development would include shopping malls, water sports, golf, hotels, apartments and marinas.

"There is a new suggestion not to give freehold land and that land should be controlled and subjected to the Sri Lankan law," Power and Energy Minister Champika Ranawaka told a Foreign Correspondents Association Forum.

India, which lost out to China in infrastructure development on the Indian Ocean island, was in particular worried about the security threat posed by Chinese ownership of land, aggravated by the docking of submarines in Colombo last year.

India and China are building ties but they remain wary of each other because of a long-running territorial dispute in the Himalayas and a more recent contest for influence across the Indian Ocean through which much of their trade transits.

Ranawaka said China had played a key role in building the war-battered nation's infrastructure but Colombo could not become a "tributary state".

"There was a serious suspicion because of the submarines. If the Colombo port and port city are going to be used for military operation by Chinese government, then it will create serious problem in India and here in Sri Lanka as well," he said.

Sirisena, who was in India this week, is expected to travel to China next month.