A Sri Lankan court martial stripped the general of his military ranks after finding him guilty of involvement in politics while in uniform. 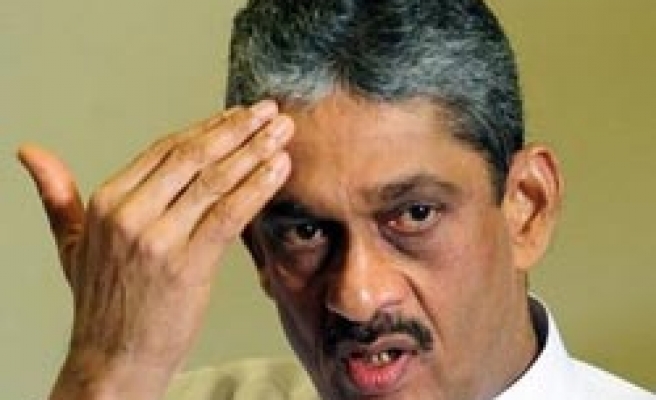 A Sri Lankan court martial on Friday stripped the general who spearheaded the army's offensive over Tamil rebels of his military ranks after finding him guilty of involvement in politics while in uniform.

General Sarath Fonseka's conviction, which had been widely expected, and sentence still have to be approved and signed by President Mahinda Rajapaksa.

"He was found guilty of charges and sentenced to dishonourable discharge from rank and service, pending the president's approval," a military source said on condition of anonymity. Another military source confirmed the sentence.

An official at the Presidential Secretariat said that "he had been cashiered subject to president's approval".

Fonseka, who has been held in military custody at navy headquarters, will lose his military status, including his four-star general rank and pension, if Rajapaksa signs the document.

One of Fonseka's lawyers said he had not been informed of the court's decision but that it would be challenged if true.

Fonseka lost the presidential election to Rajapaksa in January before being arrested by the military on Feb. 8.

He then contested the April general election and became a member of parliament, which won't be affected by the court's decision.

Fonseka and Defence Secretary Gotabaya Rajapaksa, the president's brother, led the military defeat of the Liberation Tigers of Tamil Eelam after 25 years of war in May last year.

Fonseka had stood side-by-side with Rajapaksa after the Tigers' defeat, but fell out later over what he said was false accusations of planning a coup.

Thousands of civilians were killed in the final months of the war as the army, led by Fonseka, bore down on the Tigers. The United Nations, United States and rights groups have urged some kind of accountability for possible war crimes.

Sri Lanka has adamantly refused an external probe but on Wednesday launched its own investigation.

Fonseka also faces a second court martial against charges of misappropriation of funds when he was army commander.